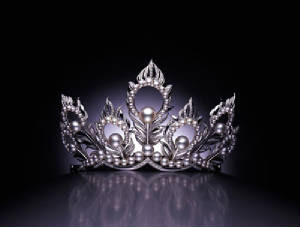 As part of NBCs “Green is Universal” campaign the crown placed on the winner of the Miss USA pageant, which aired on NBC earlier this week, was made by Diamond Nexus Labs.

NBC seems to be very proud of its new relationship with a jewelry company they can claim is “eco-friendly,” but it appears that NBC did nothing to determine if that is actually true. Is NBC color blind?

The thing we don’t understand is how the crown can be considered “green.” Our research uncovered nothing about the metals used, the environmental practices of Diamond Nexus Labs or about the diamonds themselves. In fact, the information on the DNL website about their diamonds makes it clear that they are just simulants…not lab-grown diamonds.

As we have stated in previous posts, lab-grown diamonds are indeed genuine diamonds that have been created in a lab, rather than in nature. Simulants are plain fake.

http://c5company.wordpress.com/2009/04/20/nbc-forms-relationship-with-unethical-jeweler/
Posted by Alex Constantine at Thursday, May 07, 2009