Why Not Bomb Mecca? 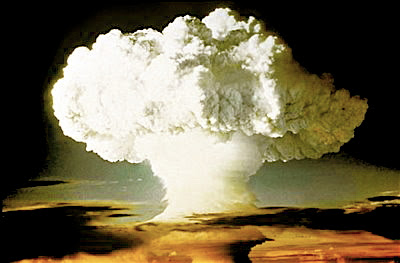 
In a desperate effort to revive his floundering presidential campaign, Colorado Congressman Tom Tancredo has returned to his unhinged and wildly irresponsible discussion of punitive bombing of Muslim holy sites in Saudi Arabia.

On “This Week” on ABC, he suggested that such threats against Mecca and Medina could serve to deter Islamic terrorists from staging nuclear attacks on the United States. In the Republican debate of August 5th, Representative Tancredo portentously intoned: “I read the national intelligence estimate. I see what they are planning. And I’m telling you right now that anybody that would suggest that we should take anything like this off the table in order to deter that kind of event in the Untied States isn’t fit to be president of the United States.”

His declaration drew warm applause from the Iowa audience, and many conservatives across the country (including numerous callers to my radio show) feel instinctively sympathetic to any pledge to use decisive force against our Islamist adversaries. ...