Fresno-Area Lawyer not Shy about Taking on the CIA 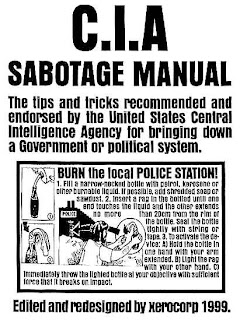 WASHINGTON — Fresno-area attorney Brian C. Leighton likes to speak his mind, but the CIA would rather he just shut up.

"I've had to put up with a lot of (expletive)," Leighton said.

The 59-year-old Modesto High School and Fresno State graduate says he's been threatened with prosecution for revealing secrets. He's been told his secretary can't type legal briefs because she lacks a security clearance. Even a federal judge says government attorneys have engaged in "misconduct" and "misrepresentations."

And after all this, the case that Leighton first filed in August 1994 may just be heating up.

The previously undisclosed record shows how Lamberth has lost all patience with CIA and Justice Department attorneys, several of whom he now says misled him about the covert status of a CIA officer. Some government attorneys face potential sanctions.

"The only thing I can see you've done is try to stall at every turn," a clearly furious Lamberth told Justice Department attorneys in a May 19 hearing, a previously sealed transcript shows. "You handcuffed the court with this nonsense."

Not least, the newly revealed record shows the effort poured into a lawsuit many might once have considered quixotic.

For its part, the Justice Department stressed through a spokesman that "this is an ongoing matter" and declined to comment. A CIA spokesman has said the agency takes its legal obligations seriously.

At first blush, Leighton may seem an unlikely antagonist in a D.C.-centered case. After graduating from Humphreys College law school, he spent six years as a Fresno-based prosecutor with the U.S. Attorneys Office. He's now a solo practitioner with an office in Clovis and a roster of farm clients.

Most notably, the self-styled libertarian has represented San Joaquin Valley farmers who object to paying mandatory fees into agricultural marketing orders that promote the table grape, raisin, cherry and cut flower industries, among others.

"He's very aggressive, let's put it that way," said Manuel Cunha, president of the Fresno-based Nisei Farmers League and a supporter of agricultural marketing orders. "His tone and mannerism are not those of a Perry Mason."

Horn was a Fresno-based DEA agent when Leighton ran the region's organized crime drug task force. They handled what Leighton termed "a lot of huge drug cases," serving warrants in Miami and Los Angeles. They stayed in touch when Horn eventually became the DEA's chief agent in Burma.

"He was just a hard-nosed bulldog, a great agent," Leighton said. "He never gave up."

Horn ultimately lost his Burma job in September 1993. He has since retired from the DEA and could not be reached to comment.

His complaints about Franklin Huddle of the State Department and Arthur Brown of the CIA prompted two inspector general reports. The government has sought to keep the reports secret for many years, crimping Leighton's courtroom arguments.

"The disclosure of covert CIA activities on foreign soil could embarrass the host government, creating diplomatic tensions between that country and the United States," Justice Department attorneys argued in a February 2000 court filing.

Former CIA Director George Tenet added that disclosure would "cause serious damage to the national security." Tenet's complete explanation was itself kept secret -- even from Leighton.

Such secrecy has repeatedly hindered Leighton. For instance, he cannot retain in his Clovis office certain DEA documents. Instead, he must periodically visit a "secure room" at the DEA's Fresno office.

Now, with the case at least partially public, Leighton is preparing for the next round of legal briefings. A reasonable settlement at this point, he said, could reach millions of dollars.

"You know and I know that this case is going to end up in a tragic ending if there is not a settlement," Lamberth warned Justice Department attorneys in a May hearing.