From The Sub-Universe of "Conservative" Jingoists in the Blogosphere: The Center for Security Policy & a Front, The Family Security Foundation 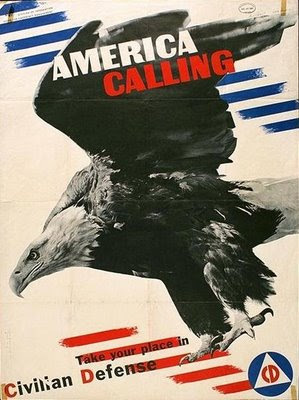 You're moving into a land of both shadow and substance, of things and ideas - you've just crossed over into ... The Conservative Zone ...

Right-wing pundit Bob Parks of the Family Security Foundation sounds off on the scourge of liberalism that - according to the orchestrated ultra-con programming campaign - supposedly led to the "outrageous" conviction of Scooter Libby:

According to the liberal mindset, Richard Armitage didn’t mean to ”out” Valerie Plame, so he shouldn’t have been pursued, but Scooter Libby, who experienced a memory lapse, should rot in jail. FSM Contributing Editor Bob Parks dissects this outrageous miscarriage of justice.

Only The Insane Go To Washington
By Bob Parks

During the last few months, many people have jokingly, and not so jokingly, suggested I run for President of the United States. I’ve politely blown them off. As I believe I am a sane person, I see very little upside to the atmosphere that is Washington D.C.

I was going to write extensively about the miscarriage of justice that was the Scooter Libby “trial”. But it’s really a simple case. This is how I saw things after the verdict was made public…. 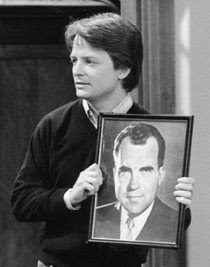 Following an appearance on Fox News, Media Matters for America noted that "Family Security Matters (FSM) is a front group for the Center for Security Policy (CSP), a conservative Washington think tank "committed to the time-tested philosophy of promoting international peace through American strength." (The phone number listed on the FSM website is answered by the CSP.) [1]

FSM states on its website that its mission: "Our mission is to inform all Americans, men and women, about the issues surrounding national security; to address their fears about safety and security on a personal, family, community, national and international level; to highlight the connection between individual safety and a strong national defense; to increase civic participation and political responsibility; and to empower all Americans to become proactive defenders of our national security and community safety.

As of June 2006, the website listed the board of directors as:

• Linda Cohen, Member of the Leadership Santa Fe program, appointed to the Santa Fe Planning Commission, serves as trustee on the New Mexico Board of the Anti-Defamation League, member of the International Women's Forum and the Santa Fe Community College Foundation Board.

Center for Security Policy was founded in 1988 and states that it operates as a non-profit, non-partisan organization committed to the time-tested philosophy of promoting international peace through American strength. [1]"

According to their web site, "The Center specializes in the rapid preparation and real-time dissemination of information, analyses and policy recommendations via e-mail distribution; computerized fax; its exciting, redesigned Web site; published articles; and the electronic media. The principal audience for such materials is the U.S. security policy-making community (the executive and legislative branches, the armed forces and appropriate independent agencies), corresponding organizations in key foreign governments, the press (domestic and international), the global business and financial community and interested individuals in the public at large."

A very influential organization with the Center for Security Policy is the Center's National Security Advisory Council, whose members hold senior positions with the Bush administration.

Center for Security Policy has strong ties with the Republican Party with many members serving senior posts in the Reagan administration and George W. Bush administration. Donald Rumsfeld, currect Secretary of Defense under Bush, is a receipient of the the Center's Keeper of the Flame Award. The Center is not shy in touting its strong ties with the U.S. Government. [2][3]

• Dick Cheney, Vice President of the U.S. under George W. Bush, was an early member of Center's Board of Advisors (which is now called the National Security Advisory Council).
• "twenty-two CSP advisers -- including additional Reagan-era remnants like Elliott Abrams, Ken deGraffenreid, Paula Dobriansky, Sven Kraemer, Robert Joseph, Robert Andrews and J.D. Crouch -- have reoccupied key positions in the national security establishment, as have other true believers of more recent vintage."
..."While CSP boasts an impressive advisory list of hawkish luminaries, its star is Frank Gaffney, its founder, president and CEO."
..."Gaffney and CSP's prescriptions for national security have been fairly simple: Gut all arms control treaties, push ahead with weapons systems virtually everyone agrees should be killed, give no quarter to the Palestinians and, most important, go full steam ahead on just about every national missile defense program."

..."Looking at the center's affiliates, it's not hard to see why: Not only are makers of the Osprey (Boeing) well represented on the CSP's board of advisers but so too is Lockheed Martin (by vice president for space and strategic missiles Charles Kupperman and director of defense systems Douglas Graham). Former TRW executive Amoretta Hoeber is also a CSP adviser, as is former Congressman and Raytheon lobbyist Robert Livingston. Ball Aerospace & Technologies -- a major manufacturer of NASA and Pentagon satellites -- is represented by former Navy Secretary John Lehman, while missile-defense computer systems maker Hewlett-Packard is represented by George Keyworth, who is on its board of directors. And the Congressional Missile Defense Caucus and Osprey (or "tilt rotor") caucus are represented by Representative Curt Weldon and Senator Jon Kyl." [4]