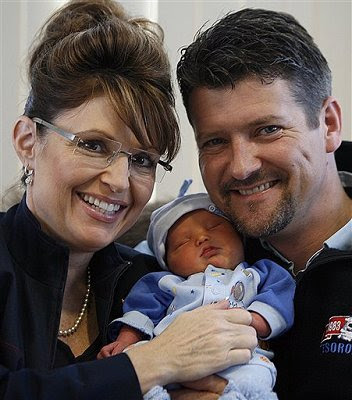 John McCain's campaign thinks it's entirely fair to bring up the issue of whether Barack Obama is an acquaintance of a man who performed some detestable acts when Obama was 8 years old, acts that Obama has denounced. Obama has given absolutely no indication that he agrees with the political beliefs that brought them about.

Well, then, if that's so, it's entirely fair to point out that McCain's running mate has had an ongoing sexual relationship with someone who could be considered a traitor, who was part of a movement that had ties to a white supremacist group.

Or that she has ties to a minister who performs witch hunts and was responsible for the murder of a suspected witch's pet snake.

Or that McCain himself is somehow connected to the infamous suicide of the former treasurer of the commonwealth of Pennsylvania, on live TV. ...

he allegations of having an ongoing sexual relationship with a would-be traitor.
Her husband, the Toddmeister, was a member of the Alaska Independence Party from 1995 to 2002. The Alaska Independence Party has pushed for Alaska to secede from the United States. Advocating secession could be considered treasonous. (And just plain stupid, considering that Alaska is the biggest federal welfare state in the country, getting back much more federal tax dollars than its residents pay, according to the Tax Foundation.)

The Alaska Independence Party has ties to a group called the League of the South, a neo-Confederate organization that the Southern Poverty Law Center considers a hate group with white supremacist leanings.

And Palin lives with a guy who belonged to the secessionist party.

The party proudly displays this quote from founder Joe Vogler on its Web site: "I'm an Alaskan, not an American. I've got no use for America or her damned institutions."

Palin herself hasn't distanced herself from the group. In March, she sent a videotaped speech to the group's convention thanking it for its "good work." ... 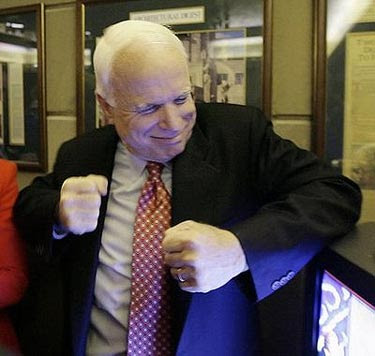 Moving on to John McCain, the co-chair of his Pennsylvania campaign is a guy from suburban Philadelphia named Robert Asher, a bigwig in Republican circles.

Asher is also a convicted felon, having been found guilty of perjury, racketeering, conspiracy and bribery charges in the same case that brought down former state Treasurer Budd Dwyer in 1987. Dwyer, of course, is notorious for ending his final press conference with a .357 magnum.

He has spoken in the past about his infamous membership in the Keating Five. If you'll recall, the Keating Five stood accused of helping savings and loan swindler Charles Keating avoid federal regulation while he defrauded investors out of more than $1 billion. Keating gave McCain and the four other senators in the group some $1.3 million in campaign contributions.

When his savings and loan collapsed, it cost taxpayers more than $2 billion.

id he ever have any principles or integrity? Was it all an act? Did he, as some people have suggested, sell his soul to win this election and now the Devil is screwing him over?

Back in 2000, when McCain was the victim of the kind of sleazy politics he is practicing now, he told Jim Lehrer of PBS's NewsHour, "Uh, I, I just have to rely on the good judgment of the voters not to buy into these negative attack ads. Sooner or later, people are going to figure out if all you run is negative attack ads you don't have much of a vision for the future or you're not ready to articulate it."

Sounds about right. He can't win with his ideas, such as they are. He has to resort to sleaze.

Back in March, McCain promised that he would run "a respectful campaign."

It would be more than fair to point out that he was lying.