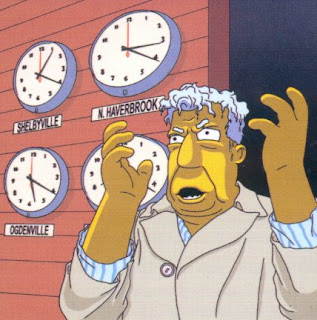 Not long after Nixon’s “last press conference” upon losing the California governorship in 1962, that memorably disturbing rant which prompted an amused President Kennedy to prematurely say that if he hadn’t done anything else for America, at least he’d “saved it from Richard Nixon,” Nixon fortuitously met up with one Roger Ailes. The rest, as they say, is history. Ailes saw divisions growing in America, over race, culture, and youthful rebellion, that could potentially be exploited to make even a viscerally unlikeable phony like Nixon electable, if played right. He knew intuitively that a lot of Americans were dumb, hateful, and racist, especially in the South, and the time was right to sell them a bill of goods that could make even the elitists of the Republican party look desirable, if that inchoate resentment could be harnessed in the proper way.

Nixon was understandably mistrustful of television after the catastrophic 1960 debates with Kennedy, but the former “Mike Douglas Show” producer was able to convince him that TV could be his friend, especially if the reality was drained out of it. Thus, 30 years before Bush’s fake town hall participants were handed their fake questions, with Ailes’ help Nixon was able to artificially manufacture the warmth and spontaneity he congenitally lacked through staged “discussions” with carefully chosen “citizens,” which began his improbable path to victory in 1968. And we all know how that turned out.

Although it’s impossible to determine what Ailes’ real ideology is (besides making money) he decided, somewhat audaciously at the time, that news didn’t have to be, well, news, but merely had to play it on TV, and he honed his skills at this dubious endeavor for Republicans ever after, culminating in his creation of a whole news network dedicated to deception through newscasts when he joined Rupert Murdoch to conjure up FOX News.

Like Nixon, Murdoch was a shabby opportunist who was widely disliked in his field, for good reason, and like Nixon, he was convinced that the problem was with everyone else, not him. Unlike Nixon, he was also insanely wealthy, and whatever he lacked in ethics and decency he was prepared to paper over with loads of cash from the empire he’d built on his inheritance. Sleazy politicians come and go, but sleazy global media empires are forever, and Murdoch was more than willing to spend big to re-educate the world to his way of thinking for the long term. Thus, the architect of Nixon’s Southern Strategy was handed a golden opportunity to take his deceitful and misanthropic show on the road. 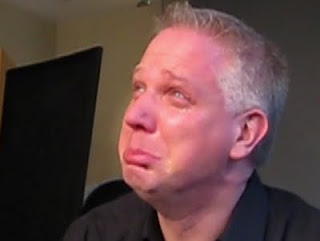 Of course, Murdoch had no intention of aping the despised liberal media by doing any enterprise reporting, setting up expensive bureaus, or hiring actual journalists; that would potentially have let inconvenient reality seep in and worse, waste money. As Ailes knew from his long experience wooing the stupid and resentful, all that was required was the trappings of a newsroom populated by convincing-looking talking heads to fool this bunch. Better yet, such grave inadequacies could actually be a selling point to a target audience that was as fond of objective reality as the Wicked Witch of the West was fond of a bucket of water. ”Fair and Balanced” would become code for “don’t confuse me with the facts,” and pure hype and nonsense dreamed up for political effect would actually be preferable to the dreary old facts produced by the hard work of journalism.

After a few hundred million dollars was expended handing out content for free and attempting to bring down the hated Democratic President, FOX finally got everything it wanted in its dream candidate, George W. Bush, and that’s when things started going down hill, even as ratings and profits soared. The audience demanded more, even after Bush’s insane policies had trashed the economy and brought about a string of crushing and deserved defeats for the Republicans… and Murdoch and Ailes were determined to keep feeding the beast, which had grown like the plant in “Little Shop of Horrors,” with similar appetites. The hideous reality that FOX had helped to create kept rearing its ugly head, and keeping the audience distracted was getting more and more difficult. First the reliably flaccid but obviously correct Colmes had to be tossed off Hannity’s show; then the demented and disturbing Glenn Beck was brought in from CNN, which was busily washing its hands of the Bush era, to, among other things, boil (fake, natch…) frogs on the air and draw misspelled but seemingly heartfelt graffiti on his chalk board about Hitler, Stalin, and whatever else came to mind.

Finally, the carefully crafted artifice of even being a “news” organization had to be dropped altogether; fake videos, blatant political organizing, and hilarious staging of news footage was routinely caught on tape, and the crowds, rather than leaving the theater in disgust, wanted more. Enter Sarah Palin.

Now, the monkey cage that FOX has become is on display for all the world to see, and just like the party it relentlessly fetishizes, looks more and more cuckoo to the outside world as it flings its poo and unashamedly touches itself in unseemly places. Members of the Murdoch family have been moved even to risk their fat dividend checks from the notoriously vindictive Rupert by publicly declaring their embarrassment, and then Ailes rocks the boat by giving a rather impertinently self-aggrandizing interview to the hated New York Times about his genius.

Murdoch, having created this monster, has reached the unhappy moment that ABC once did with “Happy Days” after Fonzie famously jumped the shark. What next?