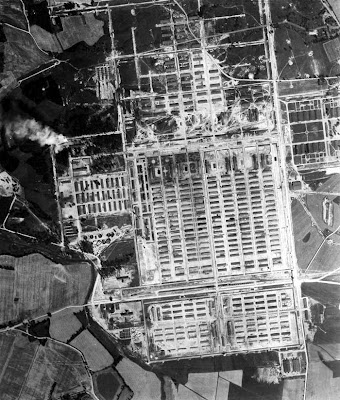 BERLIN (AFP) — Original plans for the construction of the Nazi extermination camp of Auschwitz, including a gas chamber and crematorium, have been found in a Berlin apartment, a newspaper reported Saturday.

The daily Bild published copies of some of the 28 plans, which the head of Germany's federal archives, Hans-Dieter Krekamp, called "authentic proof of the systematically planned genocide of the Jews of Europe."

Bild gave no indication of where, when or by whom the plans were found.It said they were dated between 1941 and 1943 and stamped, "Waffen-SS and Police Construction Directorate." Some were signed by senior SS officials and one initialled by the head of the Nazi ideological corps, Heinrich Himmler.

Kreikamp told the newspaper the documents were "extraordinarily important."

One plan, drawn by a detainee as early as November 1941, when experiments in eliminating prisoners were already under way, had a gas chamber clearly labelled, Bild said.

Another showed a crematorium with places for ovens marked, and storage space for bodies.

The "final solution to the Jewish question", namely the extermination of Jews living in Nazi-occupied Europe in what became known as the Holocaust, was decided by officials of Adolf Hitler's regime in January 1942 at a conference in the Berlin suburb of Wannsee. More than one million Jews, gypsies and others deemed "subhumans" by the Nazis were killed at Auschwitz, near the Polish city of Kracow, out of a total six million slaughtered up to the fall of the regime in 1945.

Advancing Soviet troops liberated Auschwitz in January 1945, but camp authorities had blown up the gas chambers, and Holocaust deniers have claimed there was no proof of the camp's purpose.