Video: Rupert Murdoch had Ted Turner Tailed to Prove that he was Insane 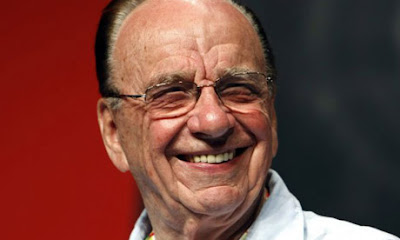 Had Ted Turner's old rival Rupert Murdoch just issued an "autobiography" written by a former lieutenant, as Ted Turner has, one suspects it would not have been embraced so eagerly by sympathetic journalists at 60 Minutes, the Times, the Wall Street Journal and even AP, which meditated whimsically on the CNN founder's chapter titles. Maybe that's because the News Corporation chairman still enjoys the blood sport of media feuds in his old age, coordinating multi-outlet attacks on relative small fry like Keith Olbermann, while Turner is in the business of moving on — and making plenty of media friends in the process. He has forgiven Murdoch for what he suspects was the hiring of private investigators to prove him insane in the 1980s, as he explains in the attached 60 Minutes clip, and put behind him the loss of $7 billion, a devastating divorce and a bad prescription for Lithium.

Turner's relatives told 60 Minutes he contemplated suicide following his divorce from Jane Fonda, who had become a Christian without telling him about it before he found out via the media. And the mogul himself said he no longer thinks he is bipolar and should not have been on lithium for a few years.

It helps Turner's case, no doubt, that he is devoid of current media holdings, keeping any unwise deeds safely in the past, and is well into the philanthropic stage of his life. And by bringing his biographer as a contractor rather than an independent party, he has avoided the sort of messy controversy that dogged the sanctioned bio of Murdoch by Michael Wolff. Perhaps Murdoch should have paid more attention at his amend-making lunch with Turner — he might have learned a few things.

(The video up top ends with Turner proving himself not insane but instead a congenital mogul, possessing an affliction endemic to the breed: confusing large sums of money.)