Excerpt: "Who cares if Professor Stephen Hawking lives or dies. Actually, we all do," Hugh Muir, guardian.co.uk, 11 August 2009: 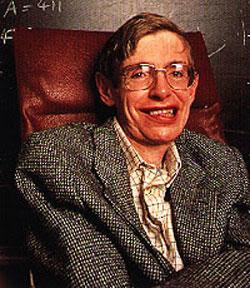 " ... The danger, says the Investor's Business Daily, is that [Obama] borrows too much from the UK. 'The controlling of medical costs in countries such as Britain through rationing, and the health consequences thereof, are legendary. The stories of people dying on a waiting list or being denied altogether read like a horror script … People such as scientist Stephen Hawking wouldn't have a chance in the UK, where the National Health Service would say the life of this brilliant man, because of his physical handicaps, is essentially worthless."

Hawking IS British, and he has no problem with UK's National Health Service - in fact, he loves it:

" ... We say his life is far from worthless, as they do at Addenbrooke's hospital, Cambridge, where Professor Hawking, who has motor neurone disease, was treated for chest problems in April. As indeed does he. 'I wouldn't be here today if it were not for the NHS,' he told us. "I have received a large amount of high-quality treatment without which I would not have survived." Something here is worthless. And it's not him. ... "

"Worthless" are the "conservatives" who kill with facile lies.