The transition from TRW in Redondo Beach to Cleveland's NASA Glenn Research Center wasn't easy for Dan Goldin. "I came out of the black (budget) world,'' he explained in 1999. "I never dealt with the public like I did (at NASA). Whenever I had meetings, it was in private rooms, in special buildings.''1 But he steeled his nerves, came out of the federal "black" closet and closed the door rather firmly behind.

NASA's website notes that Goldin entered the space biz in Cleveland back in 1962. He worked on electric propulsion systems for "human interplanetary travel" back when the facility was known as the Lewis Center.2

TRW tested a high-powered electronic propulsion system at Edwards Air Force Base on March 15, 1999. An Air Force release explains that the experimental drive "was based on high-powered electric propulsion provided by a 26 kilowatt ammonia fueled arcjet." This was "an effort by the Air Force Research Laboratory’s Propulsion Directorate to demonstrate its use in space, and evaluate performance and interactions with other experiments and spacecraft systems. The prime contractor for the experiment was TRW. "They incorporated the electric propulsion expertise of their subcontractor, Primex Aerospace
Company of Redmond WA. The experimental propulsion system is part of the payload of a DoD space test program scientific satellite called Advanced Research and Global Observation Satellite, or ARGOS, built by Boeing."3

ARGOS weighed three tons. It was billed as the most advanced "R&D satellite" ever launched by the US Air Force. It ran ion propulsion, space dust and high-temperature semiconductor experiments, was outfitted with ionospheric instruments and the Naval Research Lab’s hard x-ray detectors for binary star timing observations. Loaded for bear.

It was, however, a long-delayed project - ARGOS only made it into orbit on the ELEVENTH LAUNCH ATTEMPT.4 And the Flash Gordon arcjet propulsion system wasn't used for interplanetary travel. It wasn't even really intended primarily for scientific research and development, as advertised. "ARGOS," SpaceWarn Bulletin, published by NASA's National Space Science Data Center, stated flatly, "is an American MILITARY spacecraft."5 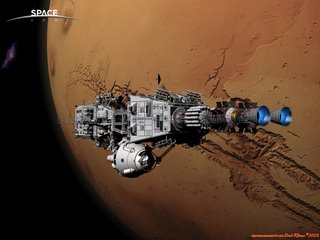 There is a trove of technological state secrets tucked away in Dan Goldin's hippocampus and that's where they remain, as the Jewish Journal's Mark Arnold discovered in a 2001 interview:

JJ. "What about Israel. Have you been involved there?"

DG: "I’ve been very engaged with the development of the technology program in Israel. I feel very good about the relationships I’ve made there. I’ve met with all the leaders at one time or another: Sharon, Barak, Netanyahu, Ezer Weizman. I had relationships with Israel before I went to NASA and strengthened them there."

JJ: "You helped with their space program and their astronaut program, didn’t you?"

He gave the world Orwellian advancements:

"A computer program which can read silently spoken words by analysing nerve signals in our mouths and throats, has been developed by NASA ..."6

The organization's research manager Herb Schlickenmaier explained to the press that the mind-reading machines weren't ready for widespread use. He just want Northwest Airlines to test them. "There are baby steps for us to walk through before we can make any pronouncements," he said.7 Thus it is that the phrases "biometric access" and "neural control" have entered the Homeland Security section of the American lexicon.8

Scientists behind the black curtain, in their own "private rooms" and "special buildings," were busy with the "alternative" bio-engineering experiments that enthralled Goldin.

And, mysteriously, scientists involved in classified NASA projects around the world were dropping like flies...

There was a collective sigh of relief when Goldin left the space agency. Todd Halvorson, Cape Canaveral Bureau Chief for Florida Today, wrote in November 2001, "NASA Administrator Daniel Goldin has dominated the U.S. civil space program for nearly a decade, ruling the nation's space agency with an iron fist." He was "a figure both revered and reviled within U.S.
aerospace circles....

"For Goldin, life after NASA will start with the non-profit Council on Competitiveness, a think tank created in 1986 to foster technological innovation and workforce development while benchmarking the performance of the U.S. economy against those of other nations."9

Dan Goldin didn't exactly put his best foot forward handling his own share of the economy, however. The Associated Press reported in 2000 that NASA "made a $590 million bookkeeping error in its 1999 financial report and a congressman is demanding an explanation from the agency. 'I'm deeply disappointed that the agency that could send a man to the moon now can't even balance its books to the nearest half-billion,' Rep. F. James Sensenbrenner Jr., chairman of the House
Science Committee, said in a statement Thursday.... The error was overlooked by both NASA's financial office and the Arthur Andersen independent accounting firm."

7) http://www.bvalphaserver.com/article-print-3915.html
Also see:
http://www.wren-network.net/events/bios/hschlickenmaier.htm:
Schlickenmaier is the director of programs and policy integration for NASA's Headquarters Office of Aerospace Technology. "He is responsible for establishing program policy for the Aerospace Technology Enterprise consisting of program formulation, program coordination and integration, as well as assessing the progress of programs against plans across the Aerospace Technology Enterprise. He is also responsible for establishing policy and standards with the Aeronautics Technology, Innovative Technology Transfer Partnerships, Mission and Science Measurement, and Space Launch Initiative Themes and their associated programs. In 1996, Mr. Schlickenmaier was selected to serve on the White House Commission on Aviation Safety and Security, and was responsible for aviation safety and advanced air traffic technology activities on the Commission staff." 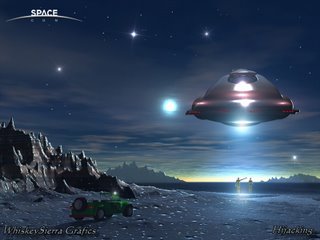