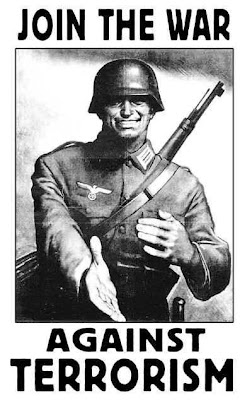 BERLIN, Feb 26, 2009 (UPI via COMTEX) -- A former board member of the German National Democratic Party said the group is a neo-Nazi organization that hopes to set up a "Fourth Reich."

Uwe Luthardt told the British newspaper The Telegraph that he joined because he wanted to do something for Germany but found that the NDP was more interested in "Greater Germany." He found that other party members were interested in seizing Silesia from Poland.

Many of the members are more interested in drinking and fighting than politics, he said.

"Many have an IQ close to my shoe size. Most of them are simply failures: failed pupils, people who dropped out of school or their apprenticeships, alcoholics that can't find a foothold anywhere else, thugs," he said. "But every local organization has three to five men who don't have criminal records. They're the ones sent to face the press or man information stands."

He said the organization provides guidance on how to behave in public, avoiding open references to the Nazis. Two major sources of funds are gifts from old Nazis still living in South America and income from skinhead concerts.