A Parmalat Scandal Connection to the Flight 3407 Crash

Also see: "Tragedy of the 9/11 Widow ... GenocideGate Ties ... Northrop Grumman and the Buffalo Crash ... and a PRIOR, Related Airplane Crash," and "Other Passengers of Note on Flight 3407/UPDATE - The Audio Reveals Ice was not a Factor in the Crash" 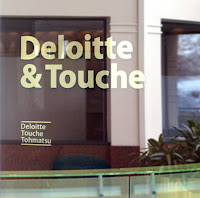 John G. Roberts III was a passenger on Flight 3407. Roberts was a VP of Deloitte Touche Tohmatsu India Private Limited - currently under investigation in New York for collusion in the Parmalat securities fraud scandal. "The judge found evidence that DTT exercised some control in particular over the Parmalat engagement." - but Deloitte Touche Tohmatsu has, as reported in the second entry below, claimed to have no connection whatsoever to the Parmalat securities fraud: 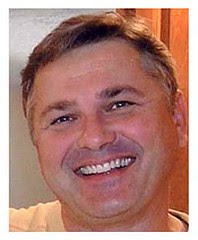 Roberts, a native of Lewiston, N.Y., who lived in India, was returning home for an overdue visit with relatives. ...

At the time of the crash, Roberts was a vice president for the consulting and accounting firm Deloitte in Mumbai.

New York federal judge Lewis Kaplan issued a ruling yesterday in the Parmalat securities litigation which could have accountants quaking, and plaintiffs’ lawyers licking their chops.

Parmalat, an Italian dairy conglomerate, collapsed in 2003 following the discovery of a massive fraud in which the company allegedly overstated its assets by $16 billion. At issue in yesterday’s ruling was whether Deloitte Touche Tohmatsu potentially could be held liable for an allegedly defective Parmalat audit by its Italian member firm, Deloitte & Touche, S.p.a. Yes, Kaplan held, in denying a Deloitte Touche Tohmatsu’s motion for summary judgment. Here is the ruling.

“This is huge,” says Stuart Grant, plaintiffs’ counsel in the matter.

“They always argue that you can’t pursue the worldwide organization, sometimes successfully,” Grant says. “Judge Kaplan has finally made the law reflect reality. These accounting firms sell themselves as worldwide, seamless organizations. Now they are going to be held responsible in the same fashion.”

“Obviously, we are disappointed in the Judge’s decision, but we are confident of victory at any trial of this matter,” Deloitte said in a statement, adding that Deloitte Touche Tohmatsu “provided no services of any kind to any Parmalat entity.”

Whether Deloitte Touche Tohmatsu could be held liable turned on whether it had a “principal-agent” relationship with its Italian affiliate. In deciding that in the affirmative, Kaplan noted that “DTT exercised substantial control over the manner in which its member firms conducted their professional activities.”

But the reach of Kaplan’s decision is not yet clear, as it depended partly on the particular facts of the case. The judge found evidence that DTT exercised some control in particular over the Parmalat engagement.

http://blogs.wsj.com/law/2009/01/28/new-york-judge-puts-possible-bulls-eye-on-deloitte-touche/?mod=googlenews_wsj
•••
More on the Parmalat Fiasco

In December 2003, the Italian food and dairy multinational Parmalat filed for bankruptcy in what would become the biggest-ever corporate failure in Europe. The scandal, also called “Europe’s Enron,” broke out when Bank of America announced that a document reflecting nearly €4 billion deposit in Parmalat’s Cayman Islands subsidiary, Bonlat Financing Corp., to be a counterfeit. Since the 1990s, Parmalat entered into the financial markets in a grand way, expanding its presence into 30 countries from 6 by financing major acquisitions with debt. It was discovered that Parmalat was using its assets to conceal its liabilities through a network of offshore and foreign companies, but the trouble was that these assets were merely imaginary. The fraud was so widespread that the company profit history may almost entirely be fabricated, having claimed that its subsidiary Bonlat had sold sufficient milk powder to generate 55 gallons of milk per capita in the small island nation of Cuba in one particular year.

The scandal created quite a shockwave throughout Italy and around the world affecting a mass of victims: Parmalat’s 36,000 employees in 30 countries lost their jobs; dairy farmers from as far as Brazil and Australia were not paid for milk delivered; and 70,000 to 90,000 investors unexpectedly found their holdings of the company’s stocks and bonds practically worthless (Parmalat had a stock market value of €1.8 billion before the scandal became public). Some major companies were also entangled by the scandal including accounting firms Grant Thornton and Deloitte and Touche, and banks–Bank of America and Citicorp. Bank of America had aided Parmalat acquire $170 million credit in Venezuela; while Citicorp found its uncollectibles abruptly increase by $1.5 billion.

Included among the 11 convicted in connection with the scandal were Calisto Tanzi, Parmalat’s founder and chief executive, who was sentenced to 10 years imprisonment for market rigging and accounting fraud in December 2008; and Fausto Tonna, his chief financial officer, was given 2 ½ year sentence in 2005 for committing forgery and conceiving a web of offshore companies to hide the firm’s true liabilities.