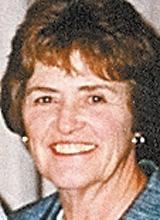 In fact, her surviving husband, John Bizzack, is much more than a bland university regent. "John Bizzack ... one of the highest ranking officers in the [police] department," reports the document below, at the time of the Bluegrass murders in Kentucky, was instrumental in COVERING THEM UP.

And the obituaries mention that Carole "was very involved in her husband's work."

Her husband's work while a police official entailed obstruction of justice:

... Around this time, many Lexington police officers took their uniforms to the Earley Bird Cleaners. Among those was John Bizzack --at the time the Earleys were murdered, one of the highest ranking officers in the department, second in command only to the Chief and in charge of both the homicide and narcotics division. Bizzack was involved in the Flynn cover-up, along with several other cover-ups.

Another police officer customer of the Earley Bird Cleaners was Larry Walsh. In 1990, just before the Earleys were murdered, Walsh became Chief of Police. Walsh had never been involved in undercover work or narcotics investigations. He’d been a beat cop throughout his career, and was appointed Chief of Police to clean up the corruption within the department. After Walsh took office, many officers either retired or took jobs elsewhere, including David Shade and John Bizzack. But both were still on the force during the Earley investigation.
-------------
http://www.amazon.com/Bluegrass-Conspiracy-Inside-Drugs-Murder/dp/0595196667 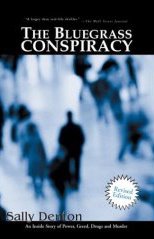 The Bluegrass Conspiracy: An Inside Story of Power, Greed, Drugs and Murder, by Sally Denton

Denton, a former investigator for Jack Anderson, relates a sordid tale of corruption in Lexington, Kentucky. Among the major players were Governor John Y. Brown; his top political aides; former policeman and blueblood Andrew Thornton, the leader of an organization known as the "Company"; and other bluebloods, rich from money originally earned in horse-breeding and racing. Ralph Rose, a Kentucky state policeman who began a crusade to catch Thornton and his associates, was eventually forced out by being framed in an illegal wiretapping charge. Yet ultimately press coverage exposed the conspiracy. A labyrinthian tale, made complex by its mix of "good guys" and "bad guys," this will be of interest to libraries with large true crime sections. Recommended.

FYI -- Ralph Ross, the tenacious KSP officer who is a central figure in this book, died of cancer on August 24th, 2002. He was 70. The _Lexington Herald-Leader_ ran a story about his death that, some 12 years after "The Bluegrass Conspiracy" was published, is less than objective about Ross. Incidentally, this title was so controversial following its initial publication in 1990 that it was pulled from publication and has only recently been given a new printing.
---------------
http://www.smartfellowspress.com/_random1/0000000f.htm

What many don't know is that many of the local law enforecement (due to huge amts. of Fed money coming in with strings attached) are trained in another facility in East Georgia run by the CIA. They are trained with
military equipment and in wire-tapping, surveillance and swat team/military tactics (which in my opinion is the cause --or partly the cause of some the terrible tragedies when swat teams go into the Wrong house and kill somebody). This training has the potential (and the history as per Bluegrass Conspiracy and others) of being USED by government against the ordinary citizen.

I think that little "picnic" that you mentioned--The Good Ole Boy Roundup--in Chattanooga, Tenn. is a prime example. Many LOCAL law enforcement personel were at that picnic/campout that weekend. The FEDS and the
local cops work much more closely together (CIA, DEA, Fish and Wildlife {in recent years} BATF and more) than the normal citizen would even dream that they do.

I have often wondered (because of the threats and harassment to the people who video-taped that little gathering and the timing of it) if Mark Fuhrman
himself wouldn't have shown up on the video if the whole thing could have been played. They were sure anxious for WHO was on it not to be known.

I happen to believe that the same requirements from the Feds that began in the 70's (the CIA training) was in effect in LA during that time and later and caused the LAPD Intelligence Squad to come into existence. The LA Secret Police as Mike Rothmiller calls them. It sure caused havoc here with The Bluegrass Conspiracy. Cops were video-taping, wire-tapping citizens
(prominent citizens, NFL players, actors, actresses) using drugs, gambling, prostitution and porn---all out of a house belonging to then Democratic Governor John Y. Brown, Jr. Yet Nobody was ever arrested (Rothmiller's claim for the LA Secret Police as well). Only the files were made but nobody was ever arrested.
-----------------
http://www.shout.net/~bigred/RFOJ.html

The CIA's Office of Security in 1966 began training certain police officers throughout the United States, and had made overtures to him. The training courses, held at the CIA's compound near Washingon, D.C., included declassification of materials, foreign weapons, COUNTERAUDIO MEASURES, explosive devices and detection techniques, BASIC THEORIES OF INTELLIGENCE AND CLANDESTINE COLLECTION OF INFORMATION, COVERT PHOTOGRAPHY, AND PHOTOANALYSIS, and Ralph found that he was a quick study.

(How many cops trained this way since 66?)

In 1968 Congress created a special appendage of the Justice Department to financially assist state and local police departments in battling new, complex
national crime wave that had accompanied the riots and demonstrations. Every police agency in the country scrambled to obtain the Law Enforcement Assistance Administration money allocated by the federal government, which was DISHED OUT ONLY TO AGENCIES THAT ESTABLISHED INTELLIGENCE UNITS....

So we have all these cops trained as spies with knowledge of bombs, surveillance, etc. wiretaps included in this. All these cops CIA trained.

Remember the Round Up in Tennessee that was investigated about the time of the Simpson case where the agents showed racism. Remember that local cops, DEA, FBI, etc. were there TOGETHER. THE GOOD OLE BOYS ROUNDUP.

They didn't want the videos out and harassed the militia group who took the videos. Could the CIA have been there too? Maybe some LA cops were there?

We have trained cops now all over the US that could do black bag jobs, surveillance, wiretaps, etc.====trained by CIA.

If the Fed money came ONLY if the dept. had an intelligence unit, how many do you think turned it down. NOT MANY I'd say. Has this training continued?

Were these guys getting security clearances or security background checkups?

Fuhrman of all the cops in Simpson case fits the type of guy for this kind of training. He was younger, a hunter (familiar with and admits to camping out and survival training), very bright, etc.

Are these trained cops now used to do black bag jobs in the name of "national security", undercover into militias, etc.?

ALL books on RFK mention the close ties of LAPD, FBI, and CIA and how some officers flow back and forth from LAPD to govern't agencies and back again.

If you have this book and have read it, think back or look up Anita Madden--rich horsefarm matron who probably dealt in drugs as a sideline.

Don't think I've told you this before but I have told Sherman. In 1995 (during the OJ trial) she managed to have Kato Kaelin as a houseguest and Derby Party guest. He came to Lexington a few times after that and may have met with her then. Do you realize how difficult it would have been to contact Kato at that time and get him to come to your house in Ky.--(a total stranger?)? Somebody had to vouch for her.
...

Anita Madden (Bluegrass Conspiracy) was right in there with Lambert, John Y. Brown, Jr., Dan Lasater (Bill Clinton), and the whole crew. She knew Melanie Flynn who was killed (probably by Lexington cops). J. Brown, Jr. was married to the ex wife of Robert Evans of Paramount Pictures fame---the Heidi Fleiss case--and had been the lover of Denise Brown years before---connected to drugs---tied in with the Cotton Club murder---etc.
Posted by Alex Constantine at Friday, September 22, 2006