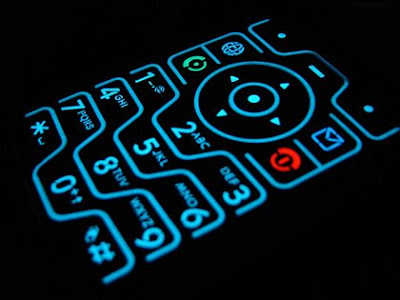 "This was a completely unexpected finding," Horne told me. "We didn't suspect any effect on EEG [after switching off the phone]. We were interested in studying the effect of mobile phone signals on sleep itself." But it quickly became obvious to Horne and colleagues in preparing for the sleep-research experiments that some of the test subjects had difficulty falling asleep.

Horne and his colleagues controlled a Nokia 6310e cell phone—another popular and basic phone—attached to the head of 10 healthy but sleep-deprived men in their sleep research lab. (Their sleep had been restricted to six hours the previous night.) The researchers then monitored the men's brainwaves by EEG while the phone was switched on and off by remote computer, and also switched between "standby," "listen" and "talk" modes of operation for 30 minute intervals on different nights. The experiment revealed that after the phone was switched to "talk" mode a different brain-wave pattern, called delta waves (in the range of one to four Hertz), remained dampened for nearly one hour after the phone was shut off. These brainwaves are the most reliable and sensitive marker of stage two sleep—approximately 50 percent of total sleep consists of this stage—and the subjects remained awake twice as long after the phone transmitting in talk mode was shut off. Although the test subjects had been sleep-deprived the night before, they could not fall asleep for nearly one hour after the phone had been operating without their knowledge.

Although this research shows that cell phone transmissions can affect a person's brainwaves with persistent effects on behavior, Horne does not feel there is any need for concern that cell phones are damaging. The arousal effects the researchers measured are equivalent to about half a cup of coffee, and many other factors in a person's surroundings will affect a night's sleep as much or more than cell phone transmissions.

"The significance of the research," he explained, is that although the cell phone power is low, "electromagnetic radiation can nevertheless have an effect on mental behavior when transmitting at the proper frequency." He finds this fact especially remarkable when considering that everyone is surrounded by electromagnetic clutter radiating from all kinds of electronic devices in our modern world. Cell phones in talk mode seem to be particularly well-tuned to frequencies that affect brainwave activity. "The results show sensitivity to low-level radiation to a subtle degree. These findings open the door by a crack for more research to follow. One only wonders if with different doses, durations, or other devices, would there be greater effects?"

Croft of Swinburne emphasizes that there are no health worries from these new findings. "The exciting thing about this research is that it allows us to have a look at how you might modulate brain function and this [look] tells us something about how the brain works on a fundamental level." In other words, the importance of this work is in illuminating the fundamental workings of the brain-scientists can now splash away with their own self-generated electromagnetic waves and learn a great deal about how brainwaves respond and what they do.

Mind Matters is edited by Jonah Lehrer, the science writer behind the blog The Frontal Cortex and the book Proust was a Neuroscientist.