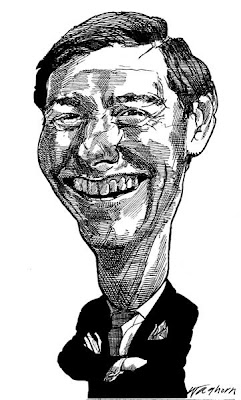 By AARON GOULD SHEININ
The Atlanta Journal-Constitution
Published on: 08/14/08

Ralph Reed's involvement in an upcoming Atlanta fund-raiser for John McCain has the presidential candidate fending off an onslaught of criticism from Democrats.

Reed, the former head of the Christian Coalition, was tied to the corruption scandal involving Jack Abramoff, the highly paid Washington lobbyist now serving a six-year prison term. Much of the Abramoff scandal was exposed by an investigation led by McCain when he chaired the Senate Committee on Indian Affairs.

McCain's campaign said Tuesday that Reed has no official role in the presidential campaign. But that didn't stop Democrats from castigating Reed's participation in Monday's fund-raiser at the Marriott Marquis.

"John McCain's decision to cozy up to one of the central figures in the Republican culture of corruption shows how far he is willing to go to win," said Democratic National Committee chairman Howard Dean. "Despite all of his rhetoric about reform, McCain's willingness to accept money raised by tainted Abramoff cronies like Ralph Reed shows that McCain simply cannot be trusted to bring change to Washington politics."

The Georgia Democratic Party was even more blunt. "John McCain says he takes the high road, and then he comes to Atlanta and chows down on shrimp cocktail with an unindicted co-conspirator," party spokesman Martin Matheny said.

Democrats have Abramoff's dirt on their shoes as well, she said, noting that Senate Majority Leader Harry Reid (D-Nev.) accepted nearly $70,000 in contributions from Abramoff and his associates.

All this, apparently, from one e-mail. On Aug. 7, Reed wrote friends and supporters asking them to give to Monday's fund-raiser. He praised McCain and said he had joined the "McCain Victory 2008" team in a message that was billed as a "special invitation from Ralph Reed."

McCain Victory 2008 is a joint fund-raising venture of the McCain campaign, the RNC and various state Republican parties.

The first hint of controversy came Monday when Campaign Money Watch, a Washington group that monitors campaign finance, called on McCain to cancel the event.

Reed's firm received more than $4 million to rally Christian voters against a casino that competed with Abramoff's Indian clients.

Although McCain's committee uncovered much of Abramoff's shenanigans, McCain never called Reed to testify. Reed was not charged in the subsequent Justice Department investigation, although the scandal helped sink his 2006 bid for the Georgia GOP's nomination as lieutenant governor.

McCain and Reed's history goes back to 2000, the first time McCain ran for president. His bid was derailed in the South Carolina primary by a whispering campaign of false charges. Reed oversaw direct mail for George W. Bush's campaign in the state.

McCain has tried to heal wounds from 2000. They include a rift with some evangelicals, whom McCain criticized after the devastating loss. For some, such as the late Rev. Jerry Falwell, that reconciliation was successful. For others, it was not.

All this creates an electoral minefield for McCain. Having Reed's support could bolster his campaign with still-skeptical evangelicals. Should McCain criticize Reed's actions on his behalf, he risks angering the evangelical voters he needs as part of the traditional Republican base. Reed's presence also leaves McCain open to criticism, since he uses his work against Abramoff to boost his reputation as a reformer.

Reed's involvement in the Atlanta event, LaVera said, "raises serious questions about why he [McCain] didn't bring Ralph Reed before his committee. Was he concerned it would undercut his presidential campaign? Now you see Ralph Reed raising money for his campaign."

The McCain campaign has said little about the fund-raiser or the Reed controversy. McCain spokesman Jeff Sadosky said that "Ralph Reed is not part of our fund-raising organization in the state of Georgia, nor is he part of this event."

Reed initially told The Atlanta Journal-Constitution on Tuesday that he sent last week's e-mail as a private citizen, and that he has no role in the campaign. But he reportedly told The Hill, a newspaper that covers Congress, that he was asked to do so by Jamie Reynolds III, McCain's Georgia finance committee chairman.

Reynolds was not in his office Wednesday and did not return a telephone message. When contacted for clarification on why he sent the e-mail last week, Reed's office issued a statement.

"I take the long view of politics, which is that yesterday's opponent can be tomorrow's friend or ally," the e-mailed statement said. "I have found this to be the case with Senator McCain. I am supporting him because he is running on principled conservative positions on taxes, judges, terrorism, energy, values and the family. I hold no position, title or official role in the McCain campaign and am not seeking one."

The issue has some here scratching their heads.

Mark DeMoss, a GOP political strategist from Gwinnett County who specializes in evangelical voters, sees a problem for the larger political system.

"The whole process on both sides of the aisle is getting so politically charged," said DeMoss, who said he received both Reed's e-mail and an official invitation to Monday's event. "Someone can certainly take issue with Ralph Reed's politics or his conservative views," DeMoss said, "but I would hate to think Senator McCain would decline Ralph's effort to recruit some people to attend a fund-raiser in Atlanta. Ralph has friends and he has enemies. Anyone who's been in politics for long, the same could be said."