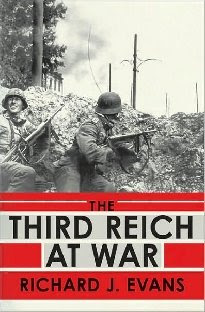 This history of World War II from a German perspective is a superb study of a society at war. 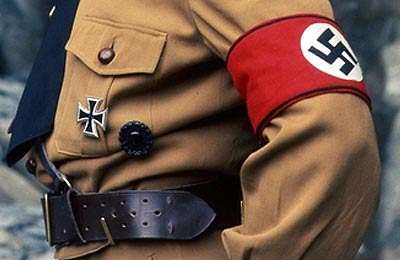 Several years ago, Richard Evans, the Regius Professor of Modern History at Cambridge University, was asked to suggest a good general history of the Third Reich. He couldn’t think of a book to recommend – so he decided to write one himself.

It took him eight years and three volumes. “The Coming of the Third Reich,” published in 2003, recounts the Nazis’ rise to power through a combination of political violence and electoral success. “The Third Reich in Power” (2005) describes how the regime worked and follows its path to war.

Now with The Third Reich at War, Evans provides an exhaustive analysis of every aspect of the Second World War from the German perspective. This superb book is not simply a military history; it is a comprehensive portrait of a society at war.

Evans begins on Sept. 1, 1939 when 60 highly trained German divisions raced across the Polish border. This and the other early victories were the result of “surprise as much as anything.” Eventually the German military machine bogged down. Evans identifies three central turning points: the Nazis’ inability to win the Battle of Britain in 1940, their failure to capture Moscow in 1941, and their catastrophic defeat at Stalingrad in 1942.

More than a single battle or engagement, however, it was the vast economic and human resources that Russia and the United States brought into the conflict that sealed Germany’s doom. Evans contends that most high-ranking Nazis and professional soldiers realized that there was no way they could win the war after Stalingrad. Yet the fighting continued for another two and a half years. 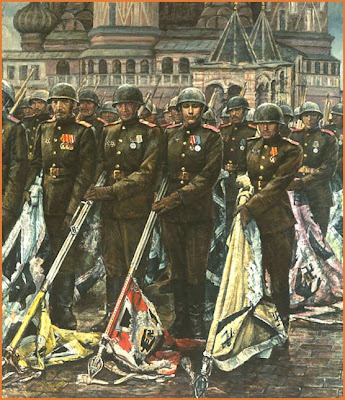 The story ends with desperate warfare in the ruined streets of a Berlin defended by 16- and 17- year-olds who had received only perfunctory training. The casualties were astounding: Evans reports that nearly one-third of all German troops killed during the Second World War died in the last four and a half months of fighting.

“The Third Reich at War” is comprehensive, insightful, and grim. Drawing on official documents, extensive research by other scholars, and a careful review of diaries and records kept by individual Germans – from field marshals to housewives – the book provides as complete a picture as any reader except the most demanding specialist can want. The observations by individual Germans caught up in the war add a compelling human dimension that is rarely seen in such histories. The footnotes and bibliography – which Evans claims is not exhaustive – exceeds 100 pages.

The volume is insightful because Evans provides penetrating observations on every aspect of the war. For example, contrary to popular wisdom, he concludes that the German invasion of Russia began to lose momentum less than a month after it began. Later, he speculates that the Soviet Union’s willingness to sacrifice troops in frontal assaults on entrenched German positions may actually have prolonged the war.

But Evans’s insights are not confined to military matters. On virtually every aspect of German society during the war years he adds thoughtful comments and observations that enrich the analysis.

Finally, the book makes for grim reading because it recounts in numbing detail the systematic racism and violence that were at the heart of everything the Nazis did. And, as the war increasingly went against them, the violence only increased.

Examples and details build upon each other until the reader is almost overwhelmed. The torture, imprisonment, destruction, murder, and mass slaughter Evans recounts were not simply the work of a small number of fanatics. He notes: “These policies were put into action to one degree or another by hundreds of thousands, even millions, of Germans, who were committed to the Nazi cause.”

This book is a masterpiece of historical research and analysis. It is an amazingly complete and thorough assessment of Germany at war and is likely to remain the best study of the Third Reich at war for many years to come. (Readers who want a straightforward military history, however, should look elsewhere. Some military actions get relatively brief treatment – the Normandy invasion, for example, is covered in a single long paragraph.)

But those who want a comprehensive, multi-faceted history will not find a better, more engaging source, thanks to Evans’s willingness to examine the Nazi regime in all its horrible totality.

He sees its history as a cautionary tale of what can happen in any society and rightly predicts that we will remember these lessons for centuries.

He concludes: “The Third Reich raises in the most acute form the possibilities and consequences of the human hatred and destructiveness that exist, even if only in a small way, within all of us. It demonstrates with terrible clarity the ultimate potential of racism, militarism, and authoritarianism…. That is why the Third Reich will not go away.”

Terry Hartle is senior vice president of government relations for the American Council on Education.