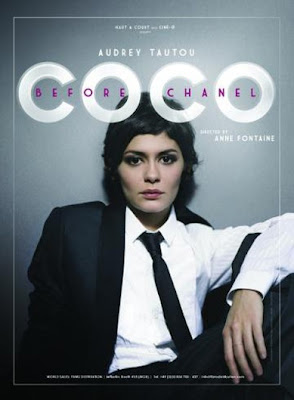 Not just another pretty face - Murdoch's business partner in Australia was a Mafia kingpin, and his closest friend stateside is the CIA ...

This story ran in the London Times, a Murdoch propaganda mill. While it is inconceivable that pro-fascist News Corp. would ever dig too deeply to report factually on covert American and British trade with the Nazis (Fox News blacklists, silences and heaps scorn on anyone informed on this topic), they do continually point to France's Quislings. This gives Murdoch-owned media outlets the false appearance of opposition to fascism, and promotes a xeonphobic, geopolitical finger-pointing mentality central to right-wing nationalism. So I haven't lost my mind by posting a Times story - the paper is a valuable resource on French collaborators ... and little else, IMhO. - AC

Why is Coco Chanel getting a free pass on her collaboration with the Nazis? Her past was deeply compromised

As we gear up for cultural Chanel-mania this summer with two hagiographic films about the designer, a new biography and the sound of slavering from glossy magazines, it is worth pausing to investigate Coco Chanel's wholesale - and retail - involvement with the Nazis.

The world's greatest fashionista may have rescued women from the corset, but she did not have a good war. When shoppers swoon over the iconic quilted handbag with the CC logo, most are unaware that Chanel once went to Berlin to plot with Walter Schellenberg, who wore his Waffen SS logo as Hitler's chief of foreign intelligence.

Perhaps Chanel-lovers also have no idea that she tried to wrest control of her perfume manufacturing from a Jewish family, taking advantage of pro-Aryan laws. Or that she was arrested for war crimes - and then mysteriously released.

Previously, I'd seen it mentioned that Chanel had survived the war rather comfortably at the Paris Ritz in the arms of a Nazi officer, Hans Gunther von Dincklage, and then gone into exile in Switzerland with him, but a few hours spent in the library revealed that she was far more deeply involved with the Germans than that. There was even a (somewhat ridiculous) Nazi plot, using Chanel as bait, called “Operation Modelhut”.

RELATED LINKS
Why there's no true story of Coco Chanel 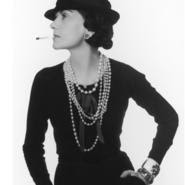 None of this will be discussed, of course, in two upcoming biographical films: Coco Avant Chanel, starring Audrey Tautou, and Coco Chanel and Igor Stravinsky, with Anna Mouglalis, about Chanel's relationship with the Russian composer. Nor was it detailed in a Chanel television mini-series with Shirley MacLaine last year, or in the 1981 film Chanel Solitaire. With commercial good sense, all films avoid the German invasion of Paris and Chanel's collaboration. It's a case of “Don't Mention The War!"

Time heals, but sometimes it's worth opening the wound again when a reputation suddenly appears to be sanitised. While Chanel's biographer, Edmonde Charles-Roux, says her style genius “consisted in being incorruptibly sober and pure”, her life was less clean-cut. Paris during the occupation was a compromising and uncomfortable place for other artists and writers, who tended to keep their heads down: “Oh, I am not looking for risks to take,” said Picasso, her friend, “but in a sort of passive way I do not care to yield to either force or terror.”

Edith Piaf sang in nightclubs for the Nazis. Jean-Paul Sartre said: “Everything we did was equivocal. We never quite knew whether we were doing right or wrong. A subtle poison corrupted even our best actions.”

But Chanel was unequivocal. She decided to place herself snugly in the enemy's bosom, conveniently near to her shop. After the Paris invasion she fled to the country, but returned a year later to demand back her room at the Ritz, which had been commandeered by the Germans. There, aged 56, she shacked up with von Dincklage, a German playboy officer 13 years her junior, who may have been a spy and was known frivolously as “Spatz” or sparrow.

Whatever his role, von Dincklage's coterie brought Chanel into high Nazi circles, yet she remains inexplicably untarnished, unlike Unity Mitford and Diana Mosley. It's hard to tell what the intentions of Operation Modelhut were, but they included the peculiar idea that one of Chanel's friends, who knew Churchill well, would pass a letter from her suggesting that there should be secret negotiations to end the war. Chanel - who had met Churchill once or twice at social events - obviously saw herself as a heroic figure in this. 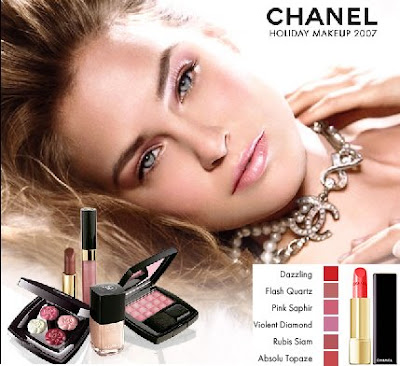 Schellenberg was interrogated by the British after the war concerning the visit in 1943 from “Frau Chanel, a French subject and proprietress of the noted perfume factory”. According to the transcript: “This woman was referred to as a person Churchill knew sufficiently to undertake political negations with him, as an enemy of Russia and as desirous of helping France and Germany whose destinies she believed to be closely linked together.” Operation Modelhut fell apart, and the mutual friend of Churchill and Chanel denounced her as a German agent.

It seems to me that Chanel bent to the times, always intent on survival. The French call this Système D, or système débrouillard, which means getting round the rules somehow. As Charles-Roux notes, “playing refugee was not her style”, hence Chanel's move to the Nazi-infested Ritz. Who else could afford to buy her perfume? Later, when the law banned Jews from owning companies, she tried to depose the Wertheimer family who manufactured her scents. And towards the end of the war, as the Germans looked less than victorious, Chanel revived her largely imaginary friendship with Churchill.

After the war, thousands of the collaboratrices horizontales - sexual collaborators - had their hair shorn in public humiliations, yet Chanel was arrested and soon released, though no one knows exactly who among the Allies protected her. Was it her connection with the Duke of Westminster? There's no proof, except that Chanel and her perfume royalties went into exile in Switzerland for a decade, because she was most definitely not wanted at home.

Chanel made a comeback in 1956. The French papers panned her collection as old hat: she was not forgiven. But across the Atlantic, the Americans just loved those bags and little black dresses. Sales grew, Chanel was rehabilitated, and history faded away. Now she is merely a brand in Karl Lagerfeld's hands.

In his fascinating book, The Shameful Peace, Frederic Spotts notes that “the occupation was merciless in exposing character”. Keep that in mind - or, if you do go to the Chanel films this summer, turn off your mobile phones, forget Chanel's compromised past and enjoy the show.