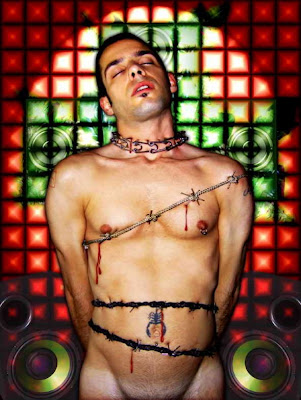 ... Bush was a puppet in the hands of particular groups of interest. Nevertheless, some lessons should be learnt from it all. At least one would think so. But the bitter truth is that US citizens should be warned for the fact that such groups of interest will keep trying hard to move their strings and influence whomever is in power.

Lately, they have been recurrently attacking non-religious citizens and what they call “secularist Europe” – which is, of course, not constructive for transatlantic relationships, and undermines all Obama’s administration efforts. Some notes on these distorted prepositions will be helpful and clarifying.

The assertion according to which only Europe and non-religious people inside Europe are secularist is deeply wrong. For a start, secularism was introduced in the West and Europe in the place (modern day Spain) where centuries later Josemaría Escrivá, the founder of Opus Dei, was born by Islamic philosophers, namely the Almoravid-Almohad Averroes, or Ibn Rushd, who came from a family of law scholars who had collaborated with several caliphs for generations before that.

And you can ask: but isn’t Islam the faith of the Sharia? My answer will be: not really, or not only. Actually, you understand very little of Islam and Islamic faith if you fail to understand this: Islam is not one, but multiple – this multiplicity is the heart and core of Islam. Needless to say, where there is multiplicity, there is space for the Other – this space was literally emotional and physical as Catholics, Berbers, Jews and Muslims lived inside the same towns and married each other in parts of Europe, under the caliphs, many centuries ago.

Second, we should never, ever forget these observations: there are plenty of religious secularists, just the same way as atheist non-secularist people exist. This should be a strong sign indicating that any tempting Manichaean ideas are wrong. Finally, secularism can be simply defined as “the belief that religion and ecclesiastical affairs should not enter into the functions or services provided by the state, or that they should not have influence or determine a state’s duties and the way it treats or relates to its citizens”.

Holyoake, a British secularism pioneer advanced many years ago that “Secularism is not an argument against Christianity, it is one independent of it. It does not question the pretensions of Christianity; it advances others. Secularism does not say there is no light or guidance elsewhere, but maintains that there is light and guidance in secular truth, whose conditions and sanctions exist independently, and act forever.” I can see nothing wrong with that – but I understand that particular faith-related radical and militant interests can, not only the ones related with Opus Dei, but with many other Christian groups which move interests and hundreds of millions of dollars in the United States every year.