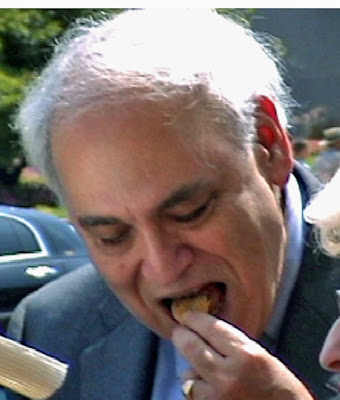 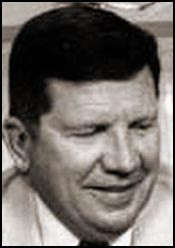 The House hearings on Iran-contra culminated in 1987 with a report that deftly mentioned Richard Secord's plan to construct an enterprise of his own in the bulk manufacture of "opium alkaloids."1

This curious detail floated by without comment, eventually drowned in a flood of perjury and hot air.

The committee didn't bother to follow up on that one. Better late than never to ask: "Opium alkaloids ... ah, as in the base compound for the production of heroin?" It's doubtful we'll ever know the answer. And the explanation could be innocent, to be completely fair - Secord may have invented a cure for peptic ulcers or sexual impotence ... but then heroin would appear the likeliest explanation ... given the cost of global conquest these days ...

Even Adnan Khashoggi has financed wars with drug profits, the gist of a report written in 1991 at the Pentagon - declassified in July 2004 by the National Security Archives in Washington - of 104 "more important Colombian narco-terrorists contracted by the Colombian narcotic cartels for security, transportation, distribution, collection and enforcement of narcotics operations in both the U.S. and Colombia."

Pablo Escobar is on the list. Colombian President Alvaro Uribe is also on it.

Uribe, according to the document, is a "Colombian politician and senator dedicated to collaboration with the Medellin cartel at high government levels." He was "linked to a business involved in narcotics activities in the U.S. His father was murdered in Colombia for his connection with the narcotic traffickers." He has "worked for the Medellin cartel," according to the DoD report, and "is a close personal friend of Pablo Escobar Gaviria.... He has participated in Escobar's political campaign to win the position of assistant parliamentarian to Jorge [Ortega]..."

Adam Isaacson, a scholar at the Center for International Policy (CIP) in Washington, cast doubt on the Pentagon's intelligence. After all, the CIP scholar explained, Adnan Khashoggi's name was on it - so the list must be in error...

But the National Security Archives responded that the document as "accurate and easily verifiable. It is evident that a significant amount of time and energy went into compiling this report."

Remember, the word used by the Pentagon to describe the traffickers listed in the report, including Khashoggi, was "narco-terrorist." So Richard Perle, assistant secretary of defense under Bush, a business partner of Khashoggi's at TriReme Corp., was in business with a narco-terrorist, according to the Pentagon's own records.

President Uribe also denied the allegations regarding himself - not so easy to explain away, however, was the 1984 seizure of his father's helicopter by Colombian police on narcotics charges, or his brother's telephone number, stored in the memory bank of a cell phone belonging to Escobar.2 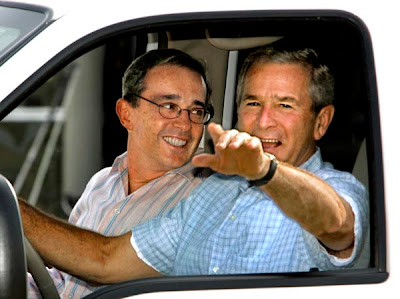 Ignoring the Pentagon's own intelligence on the narco-presidenté, President Bush paid Uribe a call in August 2003. Anti-war activist-reporter Jim Lobe
reported: "The administration of President George W. Bush on Monday rallied behind Colombian President Alvaro Uribe in the face of allegations contained in a 13-year-old Pentagon intelligence report that he was a
close personal friend' of drug lord Pablo Escobar and had worked for his Medellin drug cartel."

Isaacson said, "It's something the left has been trying to pin on him for awhile, and this gives them new ammunition." However, he acknowledged, "in the big picture, almost everybody in Colombia's ruling class was mixed up in drugs until [former U.S. President] Ronald Reagan declared war on drugs in the mid-1980s."3

Narcotics have fuelled the flames of revolution and regime change, political assassinations and bomb plots, the "war on drugs" notwithstanding.

Another drug runner in this underground empire was Henry Asher, founder of DataBase, the ChoicePoint appendage. In a report by the Florida Dept. of Law Enforcement, Asher admitted to smuggling drugs in 1982. Police developed "corroborating information" that "during 1981 and 1982, Asher piloted five to seven plane loads of cocaine from Colombia to the United States."

Asher admitted that he had shown "a lack of judgment," according to the report. The remorseful millionaire cooperated with the FBI and agreed to be a federal "informant."

He was freed and went on to set up a "Total Information Awareness" surveillance operation ...4

Yet another drug pilot on contra supply missions was Frank Moss who, according to the Kerry Report, "has been under investigation as an alleged drug trafficker since 1979. Moss has been investigated, although never convicted, for narcotics offenses - by ten different law enforcement agencies.

In addition to flying contra supply missions through SETCO, Moss formed his own company in 1985, Hondu Carib, which also flew supplies to the contra death squads, including weapons and ammunition purchased from R.M. Equipment, an arms company controlled by Ronald Martin and James McCoy.

The FDN's arrangement with Moss and Hondu Carib was pursuant to a commercial agreement between the FDN's chief supply officer, Mario Calero, and Moss, under which Calero was to receive an ownership interest in Moss' company. The Subcommittee received documentation that one Moss plane, a DC-4, N90201, was used to move Contra goods from the United States to Honduras. On the basis of information alleging that the plane was being used for drug smuggling, the Customs Service obtained a court order to place a concealed transponder on the plane. 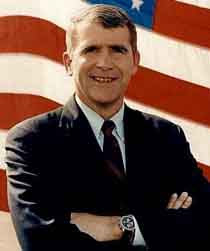 "A second DC-4 controlled by Moss was chased off the west coast of Florida by the Customs Service while it was dumping what appeared to be a load of drugs, according to law enforcement personnel. When the plane landed at Port Charlotte no drugs were found on board, but the plane's registration was not in order and its last known owners were drug traffickers. Law enforcement personnel also found an address book aboard the plane, containing among other references the telephone numbers of some Contra officials and the Virginia telephone number of Robert Owen, Oliver North's courier. A law enforcement inspection of the plane revealed the presence of significant marijuana residue. DEA seized the aircraft on March 16, 1987."5 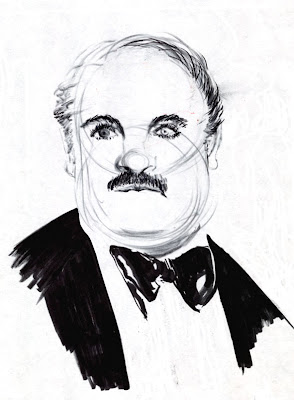 Cable network opinion-shapers Ann Coulter and David Corn may insist that the CIA only "looked the other way" when its assets have been caught moving narcotics to finance assassinations, foreign coups, etc., but Khashoggi, Armitage and Asher weren't the only drug runners in the "family."

As a result, these networks, according to Peter Dale Scott, "have all aligned the US on the same side as powerful local drug traffickers. Partly this has been from realpolitik - in recognition of the local power realities represented by the drug traffic. Partly it has been from the need to escape domestic political restraints: the traffickers have supplied additional financial resources needed because of US budgetary limitations, and they have also provided assets not bound (as the U.S. is) by the rules of war."

The impact of all this trafficking in drugs, of course, is devastating. "These facts," Scott writes, "have led to enduring intelligence networks involving both oil and drugs, or more specifically both petrodollars and narcodollars. These networks, particularly in the Middle East, have become so important that they affect, not just the conduct of US foreign policy, but the health and behavior of the US government, US banks and corporations, and indeed the whole of US society."7