GM to Lose Opel After Nurturing It Through Recessions, Nazi Era

By Patrick Donahue and Sabine Pirone 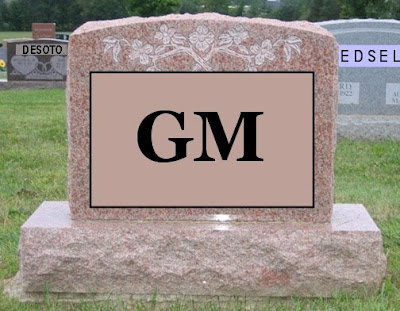 June 1 (Bloomberg) -- General Motors Corp.’s insolvency brings to a close an 80-year history with the German Opel unit, a relationship book-ended by global economic crises and fraught by dealings with the Nazi regime.

In 1929, with markets plunging in Germany and political chaos foreshadowing the rise of Hitler’s fascist dictatorship, Opel’s family owners agreed to sell an 80 percent stake to the Detroit-based carmaker for just less than $26 million.

By purchasing a firm founded by Adam Opel in 1862 to make sewing machines and bicycles, GM won a dominant position among carmakers in Germany, Europe’s largest economy. The automaker was the country’s largest at the start of the 1930s, with a market share of almost 40 percent, according to the company.

“Money was cheap, assets were cheap, labor was cheap and General Motors was strong,” said Edwin Black, who has documented GM’s relationship with the Nazi regime in books such as “Internal Combustion.”

The U.S. automaker filed for bankruptcy protection today and will be majority-owned by the government as it reinvents itself with fewer brands. Germany, which led the search for an Opel investor, on May 30 named Magna International Inc., a Canadian car-parts maker, as preferred buyer. Italy’s Fiat SpA and RHJ International SA, a Brussels-based fund, also bid.
Magna said today that it has negotiated a “conceptual framework” with German officials, the U.S. Treasury and GM that should allow Opel to avoid bankruptcy. Opel is being placed under a trust that shields it from GM’s insolvency.

General Motors was guiding Opel to the top position among European carmakers by the time Hitler seized power in 1933, achieving the top spot in the mid-1930s with production of more than 120,000 vehicles a year. It made the “Blitz” truck, which was used in Germany’s “Blitzkrieg” invasion of Poland in September 1939, the start of World War II.

“Most of the sales were to the military -- it became part of the Nazi war machine,” Black said in a telephone interview from his office in Washington.
GM’s reliance on the Nazis culminated in 1938, when a vice president, James Mooney, was awarded the Order of the German Eagle by Hitler for his contribution to the fatherland.

During the war, Hitler forced Opel to halt production of passenger cars in favor of equipment for the German Luftwaffe. Opel plants churned out bomber engines, landmines and torpedo heads, Black said.

GM says it played no role in supporting Hitler between 1941 and 1945, when the Nazi regime killed millions of people in the Holocaust and used forced labor for manufacturing. The company says it supported the U.S. war effort against Germany.

“General Motors finds the atrocities committed by the Nazi regime abhorrent and among the darkest days of our collective history,” Tom Wilkinson, a GM spokesman, said in an e-mailed statement. “General Motors deeply regrets any role the company or its vehicles played in the Nazi era.”

As Europe was rebuilt with U.S. funding after the war, GM picked up the pieces of Opel. The plant in Ruesselsheim, largely destroyed, was rebuilt, while production facilities in Soviet- occupied Germany were dismantled by the Red Army.

From the 1950s, Opel became a symbol of West Germany’s postwar “economic miracle” with models such as the Kadett, the Corsa and the sporty Manta. The slogan for the GT car of that era: “Only flying is better.” By 1972, the company reasserted itself as West Germany’s largest automaker with about a fifth of the country’s market.

Opel’s fortunes began to fade in the mid-1990s because of an aging product line, prompting customers to turn to newer models from rivals such as Volkswagen AG. The company also had frequent management changes and difficulty breaking out of its working-class customer base.

“GM Europe never really restructured,” said Alain Michelis, an analyst at Societe Generale. “They cut costs but they continued to sell their cars to the wrong people, with the wrong margins.”

Opel captured just 8 percent of the German market in 2008, while the company’s Vauxhall brand in the U.K. was responsible for 14 percent of sales in Britain. Opel lagged behind VW, Daimler’s Mercedes-Benz and BMW in Germany, and was No. 2 in the U.K. behind Ford Motor Co., according to a GM report.

The German division was run mainly to generate revenue to prop up GM in the U.S., which was “bleeding cash like hell,” Paris-based Michelis said.
GM’s difficulties in Europe were finally compounded by the worst economic crisis since the one it used to first gain traction in Germany.

To contact the reporters on this story: Patrick Donahue in Berlin at at pdonahue1@bloomberg.net. Sabine Pirone in London at spirone@bloomberg.net