Synopsis - William Dudley Pelley: A Life in Right-Wing Extremism And the Occult 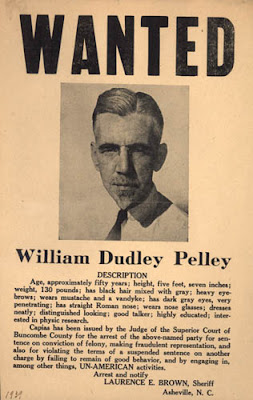 Summary: The first full-length biography of William Dudley Pelley, an important figure in the development of right-wing extremism in the United States called by detractors the "Star-Spangled Fascist."

William Dudley Pelley was one of the most important figures of the anti-Semitic radical right in the twentieth century. Best remembered as the leader of the paramilitary "Silver Shirts," Pelley was also an award-winning short story writer, Hollywood screenwriter, and religious leader. During the Depression Pelley was a notorious presence in American politics; he ran for president on a platform calling for the ghettoization of American Jews and was a defendant in a headlinegrabbing sedition trial thanks to his unwavering support for Nazi Germany.

Scott Beekman offers not only a political but also an intellectual and literary biography of Pelley, greatly advancing our understanding of a figure often dismissed as a madman or charlatan. His belief system, composed of anti-Semitism, economic nostrums, racialism, neo-Theosophical channeling, and millenarian Christianity, anticipates the eclecticism of later cult personalities such as Shoko Asahara, leader of Aum Shinrikyo, and the British conspiracy theorist David Icke.

By charting the course of Pelley's career, Beekman does an admirable job of placing Pelley within the history of both the anti-Semitic right and American occult movements. This exhaustively researched book is a welcome addition to the growing body of scholarship on American extremism and esoteric religions.