Blackwater Changes its Name to Xe 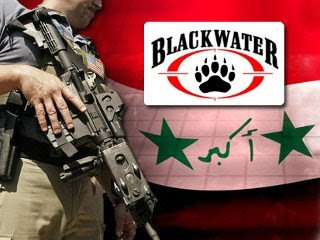 Robert Farley, a conservative opinion-shaper at American Prospect, laments: "I WANTED BLACKWATER, BUT ALL I GOT WAS THIS LOUSY XE." (I know, I know: conservative "humor" is strained and cliché-ridden.) Blackwater, the propaganda sheet notes, changed its name to "Xe" in "an apparent effort to escape the bad publicity associated with the Blackwater brand."
http://www.prospect.org/csnc/blogs/tapped_archive?month=02&year=2009&base_name=i_wanted_blackwater_but_all_i 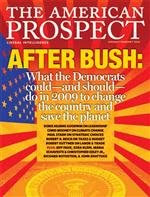 Brand of what?? Contractual murder? ...

In retrospect, opines this Prospect wit, "Xe may have erred by developing too public a profile." You don't want everyone knowing how you murdered innocent pedestrians in cold blood - bad for the corporate image. "One component of success," that is, getting away with mass murder, "I'm guessing, is the ability to fly just below the radar, such that the relevant customers know of your existence but the media and public really don't." Sage advice from a publication much respected by American conservatives who dwell in a world of lucrative delusions and thus are capable of any and all atrocities.