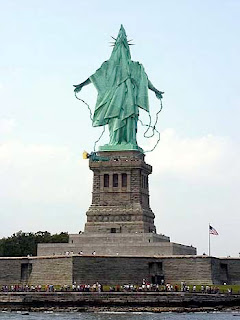 While Congress debates whether senior Bush administration officials should be called to account for the torture, humiliation and indefinite detention of prisoners taken during the “war on terror,” some of those prisoners aren’t waiting around for lawmakers to make up their minds. A growing number of private lawsuits brought by former detainees against former Bush officials are slowly making their way through the courts. And to the dismay of some of its strongest supporters, the Obama administration has, in every case so far, taken the side of the Bush administration, arguing that these cases should all be dismissed.

What’s more, Obama administration lawyers are not arguing for dismissal purely on procedural grounds. In most cases, they’re arguing that the courts should not second-guess the president’s authority in national security matters. They are also insisting that the right to not be tortured, to be treated humanely and to not be detained indefinitely without charge or trial were not clearly established back when government officials violated them. Therefore, under the legal doctrine of “qualified immunity,” those officials should not be held responsible now, the Justice Department claims.

hat stance outrages many of the lawyers handling these cases. “Torture has always been illegal,” said Eric Lewis, a partner in the law firm Baach Robinson & Lewis, which is representing four British former Guantanamo detainees against former Defense Secretary Donald Rumsfeld. “Affirming qualified immunity for torture seems contrary to the traditions of the military which abjure torture and contrary to the doctrine of qualified immunity which says you are protected within a large discretionary area,” but not for acts that were clearly illegal. “It can’t be right that prior to Boumediene” — the landmark Supreme Court case affirming Guantanamo prisoners’ rights to challenge their detention in U.S. courts — “anyone could have thought that torture was legal,” said Lewis.

Lewis is among a group of formidable opponents the administration faces in these cases, including some of the nation’s top lawyers and law schools making powerful legal arguments that former government officials are legally responsible for the torture, abuse and wrongful imprisonment that their policies directed.

In a federal court in San Francisco this month, for example, lawyers from Yale Law School’s Lowenstein International Human Rights Clinic argued that John Yoo, the deputy assistant attorney general at the Office of Legal Counsel during the Bush administration and author of several memos that effectively gave legal cover for U.S. authorities to torture prisoners, is now liable for the consequences of his legal advice.

The lawyers represent Jose Padilla, the U.S. citizen who was declared an enemy combatant and held for three years without charge or trial at a Navy brig in South Carolina. Padilla’s lawyers claim he was subjected to “vicious interrogations, chilling sensory deprivation and total isolation.” And they claim that John Yoo is responsible because he not only provided the legal justification for that treatment but, as a member of the Bush “War Council,” helped develop the administration’s interrogation policy.

“Yoo knew exactly what the natural consequences of his actions would be – because he intended them, because they were obvious, and because he was warned by others,” the lawyers write in their brief opposing the government’s motion to dismiss the case.

The Obama administration, stepping into the shoes of its predecessors, has now assumed the awkward position of arguing that the case against Yoo — whose opinions Obama administration officials have harshly criticized — should be dismissed. The Obama Justice Department is arguing that Yoo, as a government lawyer, was not directly responsible for decisions regarding Padilla’s treatment; that allowing such legal claims against a government official would “constitute an unprecedented intrusion into the President’s authority in the areas of war-making, national security and foreign policy”; and that Yoo did not violate “any clearly established constitutional rights.”

The Obama administration is making a very similar argument in another case, Rasul v. Rumsfeld, now pending at the United States Court of Appeals for the D.C. Circuit. In that case, four British citizens who were abducted in Afghanistan and sent to Guantanamo Bay claim they were imprisoned in cages, brutally beaten, shackled in painful stress positions, forced to shave their beards and watch their Korans desecrated. They were finally released in 2004 without charge. They have sued former Defense Secretary Donald Rumsfeld and other senior Pentagon officials for their treatment.

The case was dismissed at the urging of the Bush administration, but appealed to the U.S. Supreme Court. In December, the court sent it back to the court of appeals in Washington for reconsideration in light of the Supreme Court’s landmark ruling last summer in Boumediene v. Bush that Guantanamo detainees have the right to challenge their detentions.

Rumsfeld, former Attorney General John Ashcroft and other former senior Bush officials also face a similar case brought by the Yale law clinic in South Carolina, where Padilla was being held. Because Yoo lives in California, he was sued separately in his home state to avoid potential jurisdictional problems.

Meanwhile, another torture damages case, Arar v. Ashcroft, involving a Canadian citizen abducted in New York and sent abroad to be tortured, is pending before the Second Circuit Court of Appeals. Still other lawsuits, such as one filed by Khaled al-Masri, a former detainee allegedly held and tortured by the CIA for five months in Afghanistan, has been dismissed based on government arguments that all information about the case and the CIA program al-Masri was subjected to is a “state secret” that the government may not be forced to disclose. (Other victims of so-called “extraordinary rendition” — or transfer to torture — are now suing the private flight data company that assisted the CIA in the hopes of getting around that problem, though as TWI has written, the Obama administration is maintaining — as the Bush administration did before it — that the “state secrets doctrine” should ban those suits as well.)

Many more such cases could still be filed: the Detainee Abuse and Accountability Project has documented more than 330 cases in which U.S. military and civilian personnel are credibly alleged to have abused or killed detainees. Other detainees released from Guantanamo have told reporters that they are considering bringing lawsuits. ...