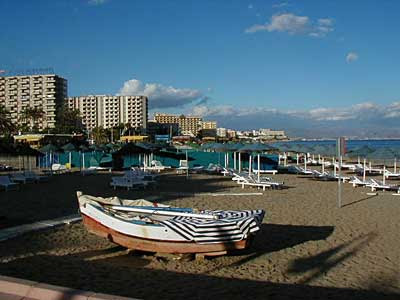 IN February, news agencies around the world reported that the second most wanted Nazi war criminal the world, the man dubbed ‘Doctor Death’, Aribert Heim, had died in Cairo in 1992. At least this is what his children revealed during an interview with German television channel ZDF. Some Nazi hunters from the Simon Wiesenthal Centre, however, still remained unconvinced.

According to Heim’s neighbours, his last few years were quiet and peaceful. He had converted to Islam and had enjoyed a quiet retirement in Cairo far away from war tribunals after his escape had taken him to the Balkans, South America and Spain.

This was thanks to the work of the ODDESSA organisation, which was composed of ex-SS officers whose objective was to help their colleagues escape capture via Spain and Argentina. Many of them managed to to live relatively normal lives under pseudonyms on the Spanish Costas or South America until their anonymous deaths without ever seeing the inside of a prison cell. Others simply managed to have a few years of freedom before being caught and sentenced.

Some of the most famous who managed to escape were Alois Brunner, Adolf Eichmann, Leon Degrelle, Erich Priebke, Aribert Heim, Klaus Barbie, Gerhard Bohne and, most infamously, Josef R. Mengele.

With the Costa del Sol being a haven for retirees, it is perhaps no major surprise that at least one senior Nazi SS officers moved here to enjoy his retirement. This man was Leon Degrelle, who lived in Torremolinos for 50 years until his death at the ripe age of 87.

Portrait of a Nazi: Leon Degrelle

Leon Joseph Marie Ignace Degrelle was born in Bouillon, Belgium on June 15, 1906. In his early adulthood he was a poet, politician and soldier. On March 29, 1932 Degrelle married Marie-Paule Lemay with whom he had four daughters and a son.

In the late 30s he was said to befriend the famous cartoonist George Remi, known as Herge, the creator of Tin Tin. Degrelle believed Tin Tin had been inspired by him, although Remi denied this. During this time Degrelle allied himself first with Mussolini, then with Hitler.

He fought for the Axis forces during World War II in a foreign wing of the Waffen SS called the Legion Wallonie, formed exclusively by Belgian volunteers.

In the dawn of World War II he was promoted to general by Himmler on May 2 1945. However this promotion cannot be considered official as Himmler had been stripped of all SS and Party posts by Fuhrer order on April 28, 1945.

Hitler reportedly once said that if he had had a son he would have liked him to be like Degrelle.

After Germany’s defeat, Degrelle fled to Denmark and eventually Norway, where he commandeered an aircraft, allegedly provided by Albert Speer.

He was severely wounded in a crash-landing on one of the beaches in San Sebastian in the North of Spain, when his planeran out of fuel.

After the war he was condemned to death in absentia by a Belgian court, charged with treason, and much pressure was put upon Franco to hand him over. To avoid extradition Franco granted him Spanish citizenship under the pseudonym Jose Leon Ramirez Reina.

The Falange (Spanish fascist organisation) assigned him the leadership of a construction firm that benefited from contracts assigned by the state, and was, understandably, well off.

During his stay in Spain he wrote several fascist propaganda books in which he denied the holocaust. He was proud to be Nazi and is said to have attended many commemorative events to pay homage to Hitler and the Nazis.

He spent his final years in Torremolinos until he died of a heart attack in 1994, aged 87 at the Sanatorio Parque San Antonio in Malaga.