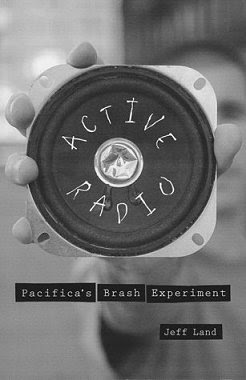 On his November 9, 2003 broadcast of "Sunday Salon," Pacifica's Larry Bensky (a veteran of the CIA's Paris Review cultural/political propaganda front) heaped scorn on a caller who asked, innocently enough, if Paperclip Nazis had any influence on the anti-Communist hysteria of the 1950s. KPFA's Bensky ridiculed the caller, apparently unaware that McCarthy travelled with old guard Nazis and fascists in the intelligence community, and the hysteria was their group effort.

The caller really irked Bensky. He fell into a fit of rage - a "snit" - an invaluble, tried-and-true prop in the mass opinion formation business.

The caller attempted to explain himself, stammered, but Bensky hung up, insisting hotly, "nothing is really certain," after all - the mention of Nazis suddenly led him to question the sum of human knowledge - spitting condescensions at the poor caller’s suggestion that the German and East European imports, secretly sponsored by the CIA and the military’s Operations Paperclip, Sunrise, etc., might have influenced the anti-Communist hysteria of the 1950s.

He went on to criticize nameless individuals who have discussed Nazis over Pacifica airwaves (Alex Constantine, for instance - I'm guilty), blamed these lunar mollusks for inventing capricious and arbitrary conspiracy theories that interfered with his own sober, responsible, balanced news reporting.

This insidious approach to censorship is inexcusable, for reasons that will be discussed at the end of this critique.

Bensky was unaware that Joseph McCarthy, the eye of the sturm und drang, was a hands-on Nazi collaborator, having freed Germans interred by the Allies at the end of the war. The late Mae Brussell: "Senator Joe McCarthy's two strongest supporters [in his Senate campaign] were Frank Seusenbrenner and Walter Harnisfeger. Both admired Adolf Hitler and made continuous trips to Germany…. Before he went after the Commies in the State Department, he had to release a few of Hitler's elite nazis lingering in the Dachau prison camp…. In 1949, during congressional hearings on the Malmedy Massacre … McCarthy invited himself to take over the entire testimony. He wasn't satisfied until the prison doors flew open. The most detestable and ugly battle of World War II, an assault upon Americans and civilians in Belgium, was ignored. Hitler's precious Generals Fritz Kraemer and Sepp Dietrick, along with Hermann Priess and many others, were free. With that business finished, McCarthy took on Robert Morris as chief counsel for the Senate Internal Security Subcommittee. Morris' earlier training in Navy Intelligence in charge of USSR counter-intelligence and psychological warfare could be utilized well by Senator Joe. Particularly the psychological warfare part. After McCarthy died, Morris moved to Dallas, Texas. He was a judge, and became president of Dallas University…."

One Nazi in particular, Nikolai Poppe, made a massive contribution to the right-wing furor over communism in the States. Poppe was a spy attached to Himmler's SS, assigned to the confiscation of Jewish property, director of the Wansee Institute (a think-tank that conducted studies on the USSR for the SS). In the postwar calm, Poppe went on to become a scholar at the University of Seattle, a well-known author on Tibetan Buddhism, a CIA expert on Mongolia.

Nazi Poppe participated in the most important case in McCarthy's alcohol-soaked career as an anti-communist. "No influence?" Bensky's scornful refutation is met directly by Christopher Simpson in Blowback: America's Recruitment of Nazis and its Effects on the Cold War (Weidenfeld & Nicolson, 1988): "An incident during Poppe's career in the 1950s illustrates the DELICATE INFLUENCE that certain Nazi collaborators have had on domestic politics in the United States. Early in the McCarthy era, Professor Owen Lattimore, the director of the Walter Hines Page School of International Relations at Johns Hopkins University and a longtime advisor on Asian affairs to the State Department, was brought before a congressional investigation committee to face accusations of espionage and running a "communist cell" in the Institute for Pacific Relations. McCarthy, whose allegations were already drawing criticism from Democrats and even a few Republicans, had pledged that HIS ENTIRE ANTI-COMMUNIST CRUSADE WOULD "STAND OR FALL" on the supposed proof he had in the Lattimore case....

The supposed proofs against Lattimore, and ultimately the fate of McCarthy's blacklist, rested mainly on the word of Nikolai Poppe. Simpson found that Poppe's testimony "Proved to be an important element in the resurrection of McCarthy’s case against Lattimore, who he claims used his influence to block Poppe’s immigration to the United States prior to 1949." (pp. 118-122).

Lattimore was pursued by Joe McCarthy and his fellow far-right travellers for years, but eventually the evidence proved insufficient to convict and he moved to the UK in disgust to take a teaching job at the University of Leeds.

McCarthy’s covert relationship with Nazi imports continued into the Eisenhower decade thanks to a close partnership with CIA officer John Valentine Grombach, a domestic fascist who did more to fuel the Congressional anti-Communist "investigations" of the 1940s and ‘50s than anyone.

Grombach ran his own ultra-conservative, off-the-shelf, international spy network. One of his most vital assets was General Karl Wolff of the SS. Christopher Simpson writes in Blowback that Grombach, a fierce anti-communist, oversaw an imposing intelligence apparat, and it "effectively became the foreign espionage agency for the far-right." (p. 237) Including and especially Joe McCarthy’s stumble-bum anti-Communist crusade.

In addition, the Birch society - native fascists funded by the same American military-industrial syndicates that backed Hitler - supported McCarthy and drove the hysteria with far-right propaganda. To be sure, Nazis did influence the reactionary delusions of the Cold War era ... especially if we are willing to label all fascists, including American ones, as Nazis.

The rise of the Reich, after all, is not such a far remove from the Orwellian drift of the U.S. since WW II – brought closer by radio talk-show hosts who rush the anti-fascist left off their phone lines with terse denials and curses.

In the history of the left, the Lattimore case is well known. The background of McCarthy's anti-communist charade is not, after all, obscure knowledge - reporters and talk show hosts for Pacifica itself promoted Simpson' Blowback heavily, and offered it as a fund-raising gratuity more than once. Simpson was interviewed over Pacifica on multiple occasions. Late at night, "conspiracy theorists" spent hours reading excerpts of his book over the network's airwaves. Many of Bensky's own listeners had read the book and would have fielded the caller's question without having a stroke over it.

That is, the fascist connections are something any serious left-wing scholar should know, especially one who hails from The Paris Review, a controlled, cold war CIA propaganda outlet, Bensky's old haunt. And this goes for the fascist cold war machinations. Bensky's antipathy toward anyone who does research these significant connections is wrong and wrong-headed - as any responsible, sober, balanced anti-fascist researcher knows.

Note to Pacifica: Fascism is the traditional enemy of the left.

A left-wing talk show host's "ignorance" and refusal to discuss the subject publicly is a red warning sign that Mockingbird has landed.
Posted by Alex Constantine at Sunday, March 22, 2009