Letter to the Editor: Society of Pius X Pushes Anti-Semitism 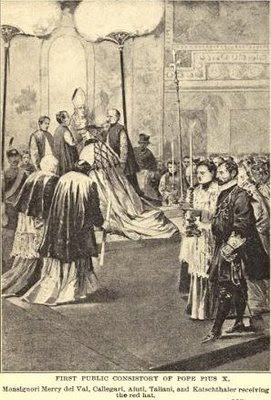 As the story points out, the society was founded in reaction to the reforms instituted by Vatican II in the 1960s. What the story failed to disclose, beyond the use of Latin and the lacy head coverings, is how anti-Semitism undergirds the rationale for the Society of St. Pius X.

True, buried within the story there is acknowledgment that one of its priests, Richard Williamson, has denied the Holocaust. Noticeably missing from the story, however, is that as recently as Aug. 4, Bishop Bernard Fellay, head of the socity, has attacked the Vatican for showing “excessive sensibility” toward Jews after Williamson denied the existence of Nazi gas chambers or that millions of Jews perished in Nazi concentration camps.

Beyond simply being a traditionalist Catholic sect, St. Pius X seeks to resuscitate the worst legacies of Catholic-Jewish relations, including bringing back a prayer demanding the conversion of Jews.

When asked in an interview given two weeks ago about protests against this resurgence of Catholic anti-Semitism, Fellay insisted that Jews “leave us alone” and that Williamson’s Holocaust denial “is a completely marginal problem” that “has no relation whatsoever” to the Church. Reports of this interview with the Italian news agency Apcom are easily accessible from the Internet.