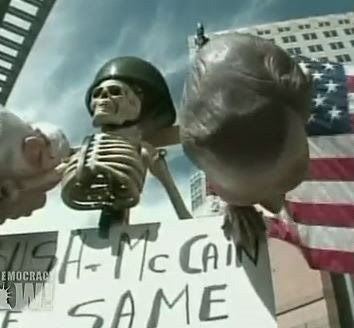 Walking around St. Paul this summer, it’s hard to imagine that almost a year ago the city was filled with tear-gas smoke, miles of security fences, cops dressed in riot gear, and tens of thousands of protesters during the Republican National Convention. While most of the charges against protesters, journalists, and observers have been dropped, some of those arrested on RNC-related charges find their cases still in process.

We decided to do a roundup of the numbers of arrests, charges, and convictions for RNC-related cases on the local, state, and federal level. Here’s what we came up with.

The City of St. Paul handled 676 RNC-related adult misdemeanors and gross misdemeanors, far more than any other jurisdiction. Of these:

• 70 of the 676 protesters charged by the St. Paul attorney with misdemeanors or gross misdemeanors pleaded guilty or paid a fine as part of a continuance for dismissal agreement (which means the charge gets dismissed after a year if the defendant remains “law abiding”).

Graphic by Joni Berg• 508 of the 676 cases were declined or dismissed by the prosecution.

• 14 people have warrants currently out for their arrest, because they failed to show up for court dates.

• 14 cases have been charged and are at some stage before trial, and eleven cases have not been processed yet.

Ramsey County dealt with 75 felony cases. Of these, 53 were declined without charges and 22 defendants were charged.

Paul Gustafson, Ramsey County’s spokesman, said six defendants have pleaded guilty, two have been found guilty by juries, three cases have been dismissed by prosecutors, and 11 are still pending. The 11 pending cases include the RNC 8 .

Besides the RNC 8, the pending cases involve Karen Marie Meissner, Christina Rose Vana, and Bradley Neil Crowder, who have all been charged with second degree assault by throwing a metal sign over a bridge. Crowder has already pleaded guilty to a federal charge in an unrelated case. Meissner and Vana are set to appear before the judge on August 31.

As for the three Ramsey county juvenile cases, Gustafson said he could not comment because juvenile crimes are not public information, but he did say that all but one of the cases has been resolved.

In Minneapolis, 102 people were arrested at the Rage Against the Machine concert. Of these, 94 people were charged with misdemeanors and one with a gross misdemeanor. Since then, 71 defendants entered into an agreement to suspend prosecution for one year and to pay court costs and do community service, before having their cases dismissed, Two defendants pleaded guilty to the charges, 13 cases were dismissed, two cases are open with pending court dates, and seven cases are on bench warrant status because the defendants did not appear for their court dates.