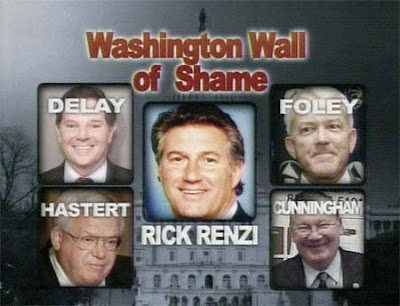 The FBI raided a family business of Rep. Rick Renzi, R-Ariz., on Thursday as part of an investigation of the three-term congressman.

"Today, the FBI came to my family's business to obtain documents related to their investigation," Renzi said in a statement. "I view these actions as the first step in bringing out the truth. Until this matter is resolved, I will take a leave of absence from the House Intelligence Committee. I intend to fully cooperate with this investigation."

The business is the Patriot Insurance Agency in Sonoita, southeast of Tucson, according to Roll Call, the Capitol Hill newspaper.

In October, Justice Department officials confirmed that Renzi was the subject of an inquiry into a 2005 land swap that would benefit a business associate, according to The Associated Press.

But Democrats raised new questions about whether the potential investigator was purged by the Bush administration after Paul K. Charlton, the U.S. attorney for Arizona, was fired.

Attorney General Alberto Gonzales said Thursday that Charlton was fired for "poor judgment," according to the AP.

For the moment, Renzi has vacated his seat on the House Permanent Select Committee on Intelligence, which involves oversight of all covert and clandestine operations for the United States. 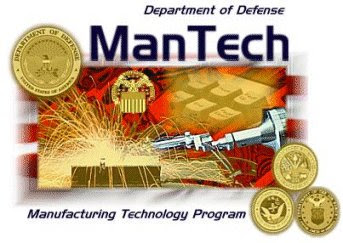 Eugene Renzi is also president of the company's Defense Systems Group, which involves telecommunications and information systems, according to the company's Web site.

ManTech International is Rick Renzi's top donor, contributing $37,200 in three campaigns, according to one nonpartisan organization that tracks political donations.
Renzi has raised $5.7 million in three elections and has a net worth between $1.2 million and $5.3 million, according to The Center for Responsive Politics.

Patriot Insurance Agency, Inc., a residence valued at between $250,001 to $500,000 and three investment accounts each containing less than $15,000 are listed among his family assets.

Real estate that was part of Renzi Vino Inc., in Sonoita, was sold in 2005 for between $500,000 and $1 million, according to a financial disclosure statement from that year.

Renzi announced in a press release about 9 p.m. Thursday that the FBI took "documents related to their investigation" from his family's insurance agency in Sonoita. ...

Arizona Republican Congressman Rick Renzi said Tuesday he was temporarily stepping down from two more congressional committees following an FBI raid on his wife's Patriot Insurance Agency Inc. and an inquiry into his dealings in a federal land swap deal.

Renzi said in a statement he is taking a leave of absence from the House Committee on Natural Resources and House Financial Services Committee. The Arizona Republican previously stepped off the U.S. House Intelligence Committee.

"For several weeks, I have been the subject of leaked stories, conjecture and false attacks about a land exchange. None of them bear any resemblance to the truth," Renzi said in a statement.

Renzi has denied any wrongdoing related to the land swap, however, Democrats also have questioned his link to government contractor Mantech International. Renzi's father, Eugene, is an executive with Mantech.

"So that no one can question the motivation behind the land exchange, which I and other leaders from both parties have argued is critical to the future of Arizona, I have spoken to Congressman (Ed) Pastor, who will introduce a new version of the Resolution Copper land exchange," Renzi said. "In addition, I will take a leave of absence from all my committee assignments. I will continue to focus on important district work and issues critical to my constituents."

Resolution Copper Co. is looking to develop a new copper mine in southeastern Arizona.

The Renzi inquiry is among a number of recent ethics investigations involving Republican congressional members and the Bush administration.
Posted by Alex Constantine at Thursday, May 17, 2007