NEW YORK (AP) — Each and every Mother’s Day until he landed behind bars, mobster Jimmy (The Gent) Burke performed a sacrosanct ritual.

Burke, the mastermind behind the $5.8-million Lufthansa heist immortalized in the movie “Goodfellas,” dropped a few C-notes on dozens of red roses from a Rockaway Boulevard florist. He then toured the homes of his jailed Luchese crime family pals, providing their mothers with a bouquet and a kiss....

“These guys, they do have a love for their mothers,” said Joe Pistone, the FBI undercover agent who spent six Mother’s Days inside the Bonanno family as jewel thief Donnie Brasco. “They thought nothing of killing. But the respect for their mothers? It was amazing.”

So amazing, Pistone recalled, that Bonanno member Benjamin (Lefty Guns) Ruggiero once told him that the Mafia closed for business when Mother’s Day arrived each May. ...

NEW YORK - A husband and wife who robbed gangland social clubs in the early 1990s - sometimes forcing their victims to drop their pants - were brutally rubbed out for humiliating the mob, a prosecutor said Wednesday at closing arguments at a federal racketeering trial. 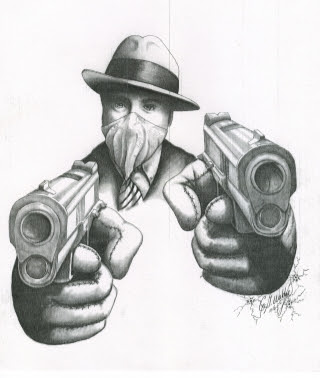 "This was not just murder; this was a public execution," said Assistant U.S. Attorney Paige Petersen.

During the trial, the Brooklyn jury heard testimony that the couple gambled with their lives by ripping off card games at a Queens social club operated by the defendant, Dominick "Skinny Dom" Pizzonia, then a reputed soldier with the Gambino organized crime family.

Rosemarie Uva, 31, took the wheel of the getaway car and Thomas Uva, 28, armed with an Uzi submachine gun, stripped patrons of their money and jewelry and made the men drop their pants, witnesses said. Their brazenness earned them the nickname Bonnie and Clyde and made them the target of a hit prosecutors claim was orchestrated by Pizzonia.

Pizzonia "was very angry, as everybody else was, that these guys had the nerve to go around robbing clubs, like committing suicide," said a turncoat Gambino capo, Michael "Mikey Scars" DiLeonardo, who earned his nickname a childhood dog-bite scar on his face.

In his closing argument, defense attorney Joseph R. Corozzo Jr. attacked the government for building its case on the word of admitted killers like DiLeonardo. Lacking eyewitnesses and solid evidence, prosecutors also relied on rumors in Pizzonia's Ozone park neighborhood, he said. 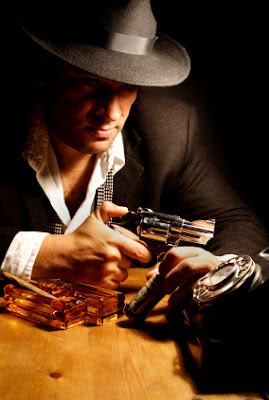 "There's a heck of a lot gossip there," he said during his closing argument. "It doesn't mean anything."

On Dec. 24, 1992, the Uvas were sitting in their car at a Queens intersection when they were each shot in the back of the head. The car rolled through the intersection and collided with another vehicle before it stopped; police officers found a stash of jewelry with the bloody corpses.

"The Uvas' bodies were left in the street like garbage as a message: Don't disrespect the Gambinos," Petersen told the jury Wednesday.

The jury was expected to begin deliberations on Thursday. If convicted of racketeering murder, Pizzonia, 65, faces life in prison.

MONTREAL (CP) - A nip here and a tuck there to go along with a muscular physique and black hair was the recipe an alleged high-ranking Montreal Mafioso used to give police the slip for more than five months.

But Lorenzo Giordano's luck ran out on a treadmill in Toronto where police caught up with him after he worked out on a King Street gym on Tuesday. He offered no resistance as Toronto police moved in to arrest him, RCMP Cpl. Luc Bessette said Wednesday before Giordano was arraigned on several charges, including attempted murder and aggravated assault stemming from a shooting in Montreal in 2004.

Giordano is accused of shooting a man in the testicles. ...

Mobster tells of role in Mafia hits
Edmonton Sun
May 5, 2007

NEW YORK -- A Canadian mobster who took part in the spectacular slaying of three New York Mafia captains in 1981 pleaded guilty yesterday to racketeering as part of a plea deal calling for him to serve just 10 years in prison.

Vito Rizzuto, reputed to be a former godfather of the Montreal Mafia, entered his plea at a U.S. Federal Court in Brooklyn, a day before the 26th anniversary of the slayings.

Even as he admitted guilt, it took some coaxing to get the 61-year-old to break his long silence about one of the more spectacular gangland hits of the 1980s.

Prosecutors say Rizzuto went to New York at the behest of the Bonanno crime family to help kill three captains suspected of plotting a coup.

The plea bargain required Rizzuto to admit his guilt and describe his role in the crime. But in court on yesterday, Rizzuto hesitated to get specific, initially admitting only that he had engaged in racketeering. ...

May 4 (Bloomberg) -- Bernardo Provenzano's lifetime as a Mafia boss was shrouded behind a system of numbered messages and a network of ruthless enforcers.

As he sits in an Italian prison serving 12 life sentences for ordering as many murders, Provenzano still isn't talking. Yet some of his secrets can be learned from three new books that draw on the work of the investigative prosecutors and police who hunted him down.

``He dictated rules and imposed them with violence and terror, though without clamor, without massacres,'' one police commander, Renato Cortese, says in ``Iddu: La Cattura di Bernardo Provenzano'' (``Him: The Capture of Bernardo Provenzano'') by journalists Enrico Bellavia and Silvana Mazzocchi, a book that reconstructs the final phase of the manhunt. 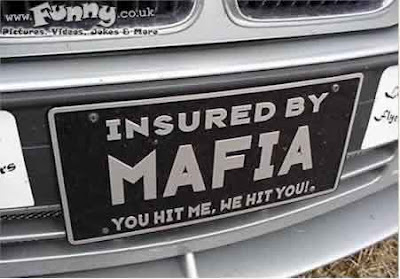 Provenzano's goal was ``to create a cynical, violent and genius form of capitalism,'' Cortese says. In this, the 74-year- old don from Corleone, Sicily, succeeded: Though he himself was arrested last year after more than four decades on the lam, Cosa Nostra's grip on the island remains strong. ...