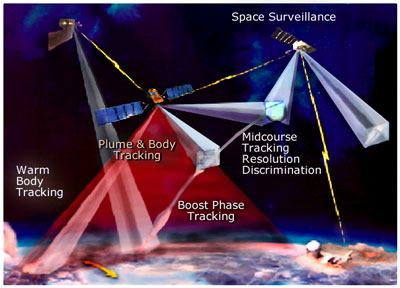 "DEFENSE MAPPING FOR FUTURE OPERATIONS" is a declassified Pentagon study prepared by a Defense Science Board "task force" in 1995 - a golden shovel of Madison Avenue hype that echoes the "conservative" line on privatization, always a disastrous policy - and an earmark of fascism - that led to the pillaging of California by Enron and S&Ls across the country by the CIA, the interminable MZM bribery scandal, the torture of detainees ... and 9/11.1

A unique twist in the privatization of intelligence campaign was the incorporation of Silicon Valley's In-Q-Tel in 1999, the CIA's first openly-declared corporate spin-off. Defense Intelligence Journal (winter 2000) reported that the roots of "the concept that became In-Q-Tel are traceable to Dr. Ruth David, a former CIA Deputy Director for Science and Technology." Dr. David and Joanne Isham were the first senior Agency officials driving a campaign "to form new partnerships with the private sector."

Dr. Ruth David has since "left" the CIA to chair ANSER, leaving the position she vacated at the Science and Technology
division to Ms. Isham.2

And now here was a task force in the DoD with career ties to the CIA's Dr. Ruth David advocating the privatization of sensitive DoD intelligence functions:

"THE 21ST CENTURY: COMMERCIAL LEADERSHIP COMMERCIAL SOURCES - THE PRIMARY SUPPLIER OF GEOSPATIAL-RELATED DATA, SERVICES AND PRODUCTS BY THE YEAR 2000 ...

"... - COMMERCIALLY-AVAILABLE DIGITAL TERRAIN DATA DERIVED FROM AIRCRAFT AND ORBITING SAR, FSAR AND IMAGERY PLATFORMS WILL BE THE MAJOR SOURCE FOR THE GLOBAL GEOSPATIAL DATABASES ..."

The chairman of the panel was Paul G. Kaminski - as fate would have it, Kaminski was a trustee of In-Q-It, Inc. - forerunner of the CIA's In-Q-Tel - since 1999.

Kaminski was also a director of General Dynamics, Anteon International, the ubiquitous DynCorp, Exostar, and, post-9/11, the RAND Corporation. The RAND press release boasts that Kaminsi is a graduate of the Air Force Academy with two master's degrees from MIT, and a Ph.D in aeronautics and astronautics from Stanford. His Air Force career spanned 20 years, and his area of specialty was managing the development of advanced military technology. He is an Associate Fellow of the American Institute of Aeronautics & Astronautics, and a member of the strategic advisory board of MILCOM. He has been a senior partner in Global Technology Partners, LLC since 1998, and he's chairman and CEO of Technovation, Inc.3

The vice chair of the "study" group was SAIC's Major General Robert A. Rosenberg. Rosenberg received a master's degree in aerospace engineering from the Air Force Institute of Technology, Wright-Patterson Air Force Base, in 1964. From 1959 to 1962, he was at Vandenberg, where he participated in the Atlas and Agena satellite programs, serving with the Air Force Ballistic Missile Division. Following graduation from the AF Institute of Technology in 1964, he served with the Office of Special Projects. He was next assigned the position of mission controller of sat operations at Satellite Test Center, Sunnyvale, California, subsequently assistant deputy for test operations at the Los Angeles Air Force Station. Major General Rosenberg was assigned to the National Security Council in June 1976 as an advisor to President Ford on national security issues. In March 1980 the general was back at the Pentagon, under Reagan, now assistant chief of staff for studies and analyses, Air Force HQ. In September 1983, now a full general, he was named assistant vice commander of the U.S. Air Force Space Command, and vice commander-in-chief for the North American Aerospace Defense Command, both based at Peterson AF Base in Colorado. In 2001 to the present day, he is executive VP and general manager of SAIC's Washington operations.4

The bonding of SAIC and the federal government has spawned scores of creepy news stories: "Hayward, CA - October 20, 2005 - Dust Networks, a leading provider of enterprise-class, low-power wireless mesh networking systems, announced that they are currently a subcontractor to Science Applications International Corporation (SAIC), on a contract from The Defense Advanced Research Projects Agency (DARPA) for the development of technologies to address issues of urban area military operations .... " Who's funding this advance in URBAN warfare? Who's behind it? "Wireless mesh networking provides defense and intelligence communities with advanced technologies that address these challenges as demonstrated by Dust Networks funding from In-Q-Tel.... 'We are pleased to see our investment in Dust Networks making a real difference in efforts to contribute to the information awareness for homeland security and other national defense efforts,' said Gilman Louie, President and CEO of In-Q-Tel."5

Nico Haupt reports: Google worked openly with ex-NSA employee Matt Cutts (since 2000) ... In April 2004, Google acquired one of the companies in which CIA firm In-Q-Tel invested, Last Software. Google already acquired Keyhole, Inc., which was developed by In-Q-Tel as well. The CIA doesn't care about all this?"6

"In Louie's first meeting with CIA Director George Tenet and the CIA's key private sector liaison," Business Forward reports, "Counselor to the Director A. B. "Buzzy" Krongard, the message was loud and clear. This is a great new experiment ..." Where does this bold experimentation lead? In-Q-Tel, we learn is "working with BoozAllen to probe existing vulnerabilities on the Internet, and it is developing advanced search engine tools with Lockheed Martin. The fund is working with the Open GIS Consortium, a group of companies developing a standard for 3-D spatial data. The 3-D data program could enable GPS devices to talk to computers, and input NASA data in the future, for example...." 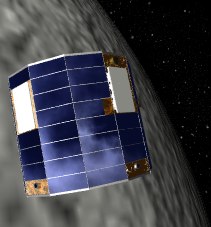 Currently on the In-Q-Tel board of trustees, we find:

• Alex Mandl - Chairman and CEO of Teligent, former president and COO of AT&T

• William Perry - Former secretary of defense and chairman of ESL, Inc., (the company that owned Area 51)