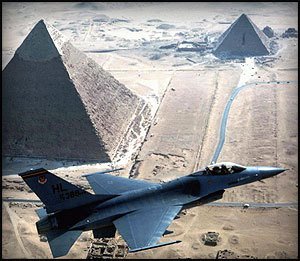 BBC - During a war time all methods that lead to the victory are good. That's why strategists invent very sophisticated weapons and tactics. The most recent information about US military plans proves this fact.

The US military investigated building a "gay bomb", which would make enemy soldiers "sexually irresistible" to each other, government papers say.

The US defence department considered various non-lethal chemicals meant to disrupt enemy discipline and morale. The 1994 plans were for a six-year project costing $7.5m, but they were never pursued.

The US Air Force Wright Laboratory in Dayton, Ohio, sought Pentagon funding for research into what it called "harassing, annoying and 'bad guy'-identifying chemicals".

The plans were obtained under the US Freedom of Information by the Sunshine Project, a group which monitors research into chemical and biological weapons.

The plan for a so-called "love bomb" envisaged an aphrodisiac chemical that would provoke widespread homosexual behaviour among troops, causing what the military called a "distasteful but completely non-lethal" blow to morale.

A substance to make the skin unbearably sensitive to sunlight was also pondered.

Another idea was to develop a chemical causing "severe and lasting halitosis", so that enemy forces would be obvious even when they tried to blend in with civilians.

In a variation on that idea, researchers pondered a "Who? Me?" bomb, which would simulate flatulence in enemy ranks.

Indeed, a "Who? Me?" device had been under consideration since 1945, the government papers say.

However, researchers concluded that the premise for such a device was fatally flawed because "people in many areas of the world do not find faecal odour offensive, since they smell it on a regular basis".

Captain Dan McSweeney of the Joint Non-Lethal Weapons Directorate at the Pentagon said the defence department receives "literally hundreds" of project ideas, but that "none of the systems described in that [1994] proposal have been developed".