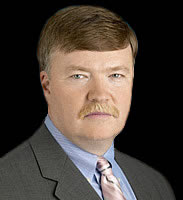 Now, with a freshly inked contract from Houghton Mifflin Books in hand, Farmer is set [to] contradict the findings of the so-called “truth commission” that he once helped administrate with his new book, The Ground Truth: The Story Behind America's Defense on 9/11. Though the 256-page hardcover won’t be released until January 2010, its description is enough to make even the most stoic of conspiracy theorists take to internet message boards faster than you can say Loose Change. Here’s the official solicitation, care of Houghton Mifflin:

... John Farmer is proud of his and his colleagues’ work. Yet he came away from the experience convinced that there was a further story to be told, one he was uniquely qualified to write.

Now that story can be told. Tape recordings, transcripts, and contemporaneous records that had been classified have since been declassified, and the inspector general’s investigations of government conduct have been completed. Drawing on his knowledge of those sources, as well as his years as an attorney in public and private practice, Farmer reconstructs the truth of what happened on that fateful day and the disastrous circumstances that allowed it: the institutionalized disconnect between what those on the ground knew and what those in power did. He reveals — terrifyingly and illuminatingly — the key moments in the years, months, weeks, and days that preceded the attacks, then descends almost in real time through the attacks themselves, revealing them as they have never before been seen.

Ultimately Farmer builds the inescapably convincing case that the official version not only is almost entirely untrue but serves to create a false impression of order and security. The ground truth that Farmer captures tells a very different story — a story that is doomed to be repeated unless the systemic failures he reveals are confronted and remedied. ...