One of the first targets is 200 state parks, already causing a public outcry as summer approaches. 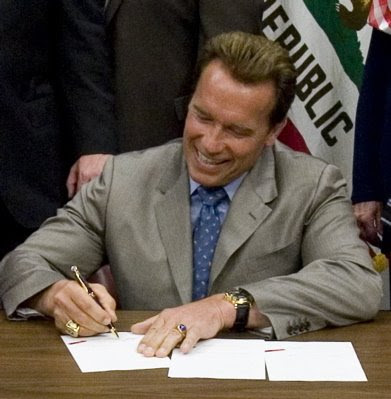 LOS ANGELES - Before this state’s May 19 vote on five initiatives intended to solve the state’s chronic fiscal difficulties, Gov. Arnold Schwarzenegger — in person on the stump and via TV ad blitzes up and down the state — told voters that if the measures did not pass, the resulting budget cuts would be “draconian.”

In the days after the measures went down in flames, the announcements have come rapid fire, and various constituencies are reeling — calling the cuts “beyond draconian.” Some 235,000 state workers will have to take a 5 percent pay cut. Of the state’s 279 state parks, 200 will be closed. Schwarzenegger’s plan to dismantle the Cal Grant program — considered one of the nation’s best programs to help poorer students cover full fees or tuition at public colleges — would make California the first US state to eliminate student financial aid while raising tuition.

A massive plan to overhaul healthcare in state prisons will be scaled back. A Senate bill which would have created a state-run system to provide healthcare to every Californian has been scrapped. A CalWorks program providing medical, dental, and vision care to 90,000 children will be eliminated. Hundreds of new spending programs have been sidelined, and the local budgets of cities and counties have been raided to make ends meet.

“We recognize the fiscal situation in California, and as much as we would love to be doing new and different things in California, we simply don’t have the money,” says Senate President pro Tem Darrell Steinberg (D) of Sacramento. After closing a $41.5 billion budget gap in February, the state has another $24.3 billion deficit in a $92 billion general fund budget.

Besides the pay cuts to state workers, one of the most highly-visible and painful cutbacks will be the closure of state parks, not just at the beginning of the summer season in which they are needed most, but in a recession year in which many vacationers are opting to say close to home to save money.

“This is going to be devastating,” says Jerry Emory, director of communications for the California State Parks Foundation, a nonprofit organization which raises money to support parks. State parks had a record 80 million visits last year, and every indication is this year would have exceeded that, with reservations for the year filling up just hours after opening in January.

Besides laying off staff, the effect to local economies will be even worse. Studies show that for every dollar spent at a state park, $2.35 is generated for the state’s general fund through the ripple effect at nearby stores, attractions such as ferries, restaurants, souvenir stores, and other amenities. Closing the parks also creates law enforcement challenges and the further deterioration of buildings, restrooms, trails, and roads.

“Closing parks costs a lot of money. We already have $1.2 billion in deferred maintenance,” says Mr. Emory, “and that figure will balloon way beyond that while this closure is in effect.”

Emory says his foundation website is creating easy links to legislators for citizens to vent their anger and hopefully change Schwarzenegger’s directive by next Tuesday, when a budget meeting is scheduled. The governor announced the closure of 48 state parks last year, but later changed his mind after a public outcry.

Parks that will remain open are state beaches and other parks used by off-road vehicles and boats whose funding comes from taxes and fees generated by such boats and vehicles. Some beaches attract enough visitors to operate from parking, admissions, and other concessions fees. Some critics have said that the amount of savings is so minuscule from parks — only $70 million — that the governor may be using the high-visibility parks issue to provoke public pressure on legislators to solve the budget problem.

“We have been forced to put forward proposals that would have been unthinkable even a few short months ago,” Palmer says.

http://features.csmonitor.com/politics/2009/05/30/california-now-faces-budget-cuts-beyond-draconian/
Posted by Alex Constantine at Sunday, May 31, 2009