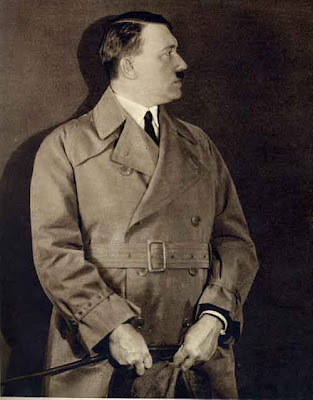 Spain's Franco 'had one testicle'

Gen Franco ruled Spain following the civil war until his death in 1975
A new book claims the Spanish dictator, General Francisco Franco, may have had more in common with Adolf Hitler than previously known - having one testicle.

Much like the Nazi leader, Franco's loss stemmed from an injury he suffered in battle, his doctor's granddaughter told the historian Jose Maria Zavala.
Franco was wounded in the lower abdomen at El Biutz, near Ceuta, in June 1916.

Biographers have long speculated this affected the reproductive organs of the dictator, who ruled from 1939 to 1975.

Last year, documents came to light containing an account by a medic who treated Hitler during the Battle of the Somme in 1916.

Dr Johan Jambor told his priest that Hitler had been injured in the abdomen and had lost a testicle. He said the first question Hitler had asked him was: "Will I be able to have children?" ...