" ... Wurzelbacher was given a golden wrench and golden plunger by Reps. Price and King, the purpose of which was to throw a wrench in the works and to flush out Washington ... " 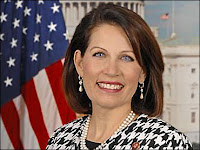 (AP)Conservatives gathered at a Hilton hotel in St. Louis over the weekend for the "How to Take Back America Conference," a Phyllis Schlafly-hosted gathering where the faithful gathered to discuss issues such as "How To Counter The Homosexual Extremist Movement," "How To Stop Socialism In Health Care" and "How To Recognize Living Under Nazis & Communists."

Among the prominent speakers who traveled to St. Louis for the conference were former Arkansas Gov. and GOP presidential candidate Mike Huckabee, Republican Reps. Tom McClintock, Tom Price, Steve King and Michele Bachmann, and "Joe the Plumber," aka Samuel Wurzelbacher.

Schlafly opened the event by saying she believes President Obama is "taking us into socialism."

"That's what socialism is, government ownership of industries and the wealth of the country so that you can move it into the pockets of your friends," she said, according to St. Louis Public Radio. "And that's what he's doing."

Schlafly went on to suggest that Americans are "waking up" and that they don't want "our country to be run by czars," which she called "a Russian idea." She said of her organization, Eagle Forum, "fighting feminists is still our main object," arguing that feminism is "the most destructive force in the world."

David Weigel of the Washington Independent reports that Huckabee, who headlined the event, told a friendly crowd Saturday evening, in reference to the United Nations, that "it's time to get a jackhammer and to simply chip off that part of New York City and let it float into the East River, never to be seen again!"

"You need to ask yourself, 'What price am I willing to pay?," Boykin told the audience. "What are you prepared to give up for America? Are you willing to pay the ultimate price?"

Boykin warned that "there is no greater threat to America than Islam" and asked patriotic Americans to get educated, get involved and pray.

Bachmann, Weigel reports, described the conference as a "farewell party" for embattled community organization ACORN. She said that if Republicans retake Congress next year they will "pass repealer bill after repealer bill" and proclaimed that "defunding the left is going to be so easy and it's going to solve so many of our problems." 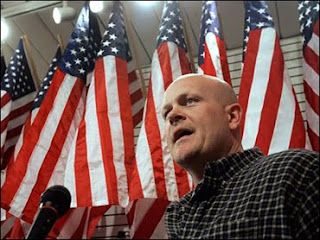 Wurzelbacher was given a golden wrench and golden plunger by Reps. Price and King, the purpose of which was to throw a wrench in the works and to flush out Washington, according to the Free Press. He lamented the value placed on good speeches by politicians, quoting Benjamin Franklin's comment that "well done is better than well said."

On the conference's Web site, there is only one section available under the "listen & take action" section: "HOMOSEXUAL EXTREMIST MOVEMENT." There, Liberty University School of Law Associate Dean Matt Barber writes that "the sin of homosexuality is the bunker-buster bomb in this war against morality."

"The very firm response by defenders of Biblical truth to the homosexual lobby's relentless assault on our nation's Judeo-Christian tradition is indeed a defensive reaction, not an act of aggression," he says. "The sheer mechanics of homosexual conduct very naturally elicits revulsion in most rational folk. Therefore, most of us would prefer not to even imagine it, much less struggle to defend against its wholesale promotion. But regrettably, our hand has been forced."

Earlier this month religious conservatives held a similar event, the Values Voter Summit, in Washington. Huckabee won a straw poll among attendees on their favored candidate for the 2012 Republican presidential nomination. Among the participants were Huckabee, Bachmann and beauty queen turned conservative icon Carrie Prejean.