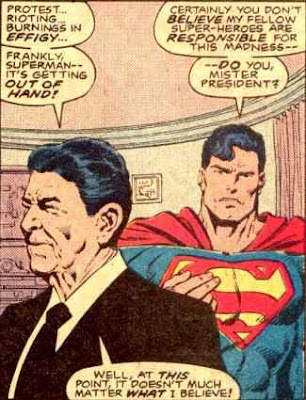 Sam Kashner’s cover story for the October issue [of Vanity Fair] unearths the story behind the best-selling book about the events of November 23, 1963: The Death of a President. VF Daily sat down to talk with Kashner about J.F.K.’s assassination, the Kennedy family, and the chilling echoes of anti-Kennedy radicalism in today’s town-hall debates. ...

Do you see any parallels between the environnment in Texas before J.F.K.'s assassination and the heated political atmosphere right now, with right-wing militia types carrying guns outside Obama town-hall events and using much of the same red-baiting rhetoric that was thrown around at Kennedy?

Kashner: Oh, absolutely. And it's terrifying. One of the things that makes your head spin around, and that makes you tremble for our country, when you read The Death of a President—and Manchester lavished a great deal of attention on this in his book—was his discovery of how hateful and vicious the rhetoric had become by the time the Kennedys touched down in Dallas. And not just Dallas, but Texas, which was riddled with organizations like the John Birch Society, and so-called "patriot" groups. Manchester wrote about how Dallas had the highest murder rate in the country at the time. And the proliferation of "wanted” posters with President Kennedy's face on them. And what is so disturbing is its similarity to what we are experiencing today, the birther movement, and a Congressman being hung in effigy. The guns being gleefully carried outside town-hall meetings with the President! I mean, my god, when you start yelling at Arlen Specter for turning the country into a socialist state, something's horribly wrong. Save your outrage for Phil Specter!

But to conclude on a note of high seriousness, there is a scary lesson to be learned even now, 46 years after Dallas. In fact, the Warren Commission came to Manchester and said, we want you to sign off on our report, particularly this idea that the vitriolic climate in Texas had nothing to do with the assassination of President Kennedy. And to his eternal credit, Manchester refused. He wouldn't do it.

It's déjà vu all over again. It's really scary out there. Remember, it was President Kennedy who told his wife, in a kind of "fasten your seat belts..." sort of "All about Eve" remark before leaving for Dallas, "We're heading into nut country." And one couldn't be blamed for thinking that perhaps the election of Barack Obama meant that an American president wouldn't have to make a remark like that again. Was I wrong! The nuts are back. With Oswald, I think his political sympathies were as mixed-up as he was, emotionally. He had spent time in the Soviet Union, and he was a one-man organization called the Fair Play for Cuba Committee. But, regardless of where he was on the political spectrum, he was more mentally ill than politically adept. Still, it was that over-heated climate of hate that kind of help hatch his crazy plan.