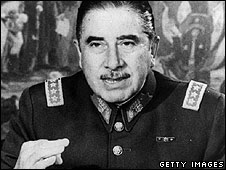 The suspects - the largest group so far to face arrest warrants - all worked for the secret police agency, Dina.

They are accused of taking part in killings and disappearances of dozens of leftists and opposition activists. ...