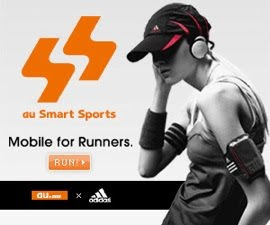 A war that began one day in 1948, with a bitter falling out that divided a community into two rival camps, finally came to an end this week after six decades with a symbolic handshake on a day devoted to world peace.

We are not, unfortunately, talking about this handshake, or the Arab-Israeli conflict, but about the mysterious falling out between two German brothers, Adi and Rudolf Dassler, who dissolved their successful family sneaker business 61 years ago, set up rival sneaker companies, Adidas and Puma, on opposite sides of a river in the small Bavarian town of Herzogenaurach, and refused to speak to one another for the rest of their lives.

That family feud, which eventually grew into an intense and often bitter rivalry between the employees of the two companies, endured for years after the death of the two men, but on Monday the war between the two global sneaker superpowers ended when their current chief executives shook hands and staged a joint corporate event to promote the International Day of Peace.

In this video report, Stephanie West of Britain’s Channel 4 News explains that even though both Dassler brothers were members of the Nazi party, the company they ran together before the war made the shoes worn by Jesse Owens in the 1936 Berlin Olympics.

To this day the exact origin of the split between the two brothers, now buried at opposite ends of the same graveyard, remains a mystery. As my fellow Times blogger Jeff Z. Klein noted on our 2006 World Cup blog, the German writer Ulrich Hesse-Lichtenberger explained in his book “Tor! The Story of German Football,” that their dispute eventually engulfed the entire town:

Rudolf Dassler moved out of the family home in the middle of the night. He crossed the river Aurach and set up his own company on the other side of town. It sounds like a story straight out of a Biblical parable, but on that day Herzogenaurach became a divided town, with an innocent stream serving as a natural barrier between the two factions. There were soon bars, shops, hotels and whole streets that practically belonged to one of the hostile camps, and somebody who worked for Adolf risked a shiner when walking into pubs run by Rudolf’s men. This situation never really changed.

Another way of understanding how deep the divide became is that this week’s truce came about more than 30 years after the two brothers died.

Since the Dasslers went to their graves refusing to divulge what had ripped them apart, the best guess we have as to what sparked the war is an incident described by Barbara Smit, a Dutch journalist who spent five years digging through the archives of both Adidas and Puma, in their respective headquarters, still located on either side of the river Aurach. In her book “Sneaker Wars,” Ms. Smit writes that one night in 1943, when their shoe factory was working on behalf of the Nazi war effort, one of the brothers made a disparaging remark about the about the Allied planes bombing their town that the other brother thought was really meant for him:

One night, when Allied bombers started to drop their deadly loads on German soil, Rudolf Dassler took refuge in the family shelter with his son Armin, his wife, Friedl, and her sister Betti. They were promptly joined by Kathe and Adi, who snapped, “Here are the bloody bastards again.” It was obvious to Betti that Adi was peeved about the bombers, but Rudolf jumped up angrily at the remark. “It was impossible to persuade Rudolf that the comment was not [directed at] him,” Betti recalled.


Although they continued to live and work together for five more years, some historians of the civil war believe that the rift caused by that misunderstanding was never repaired.