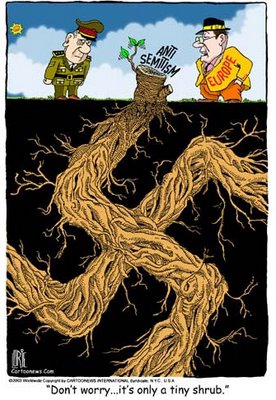 Joseph E. Schmitz, appointed to the Detecon Advisory Board 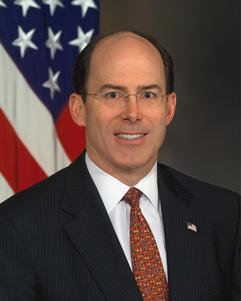 JOSEPH SCHMITZ, A US GOVERNMENT OFFICIAL, SITS ON THE BOARD OF AN ADVERTISER AT AL MANAR

Mr. Schmitz served as Inspector General of the Department of Defense from 2002 to 2005, having been nominated by the President and confirmed by the Senate.Â  He now serves as the Chief Operating Officer & General Counsel of The Prince Group.Â  His experience includes 27 years of naval service, both active and reserve, and serving as Special Assistant to the Attorney General of the United States, the Honorable Edwin Meese III, and as law clerk to the Honorable James L. Buckley, Circuit Judge, United States Court of Appeals for the District of Columbia Circuit.Â  Mr. Schmitz' private-sector law practice focused on complex civil litigation, regulatory matters, international trade, administrative and constitutional law.Â  He is a Young Leader Alumnus of the American Council on Germany, and a member of the SOVEREIGN MILITARY ORDER OF MALTA.
---------------------
DETECON - Deutschen Telepost Consulting GmbH

[Addendum, Oct. 7, 4 p.m. ET: Osama Bin Laden essentially claimed credit for the Sept. 11 attacks in a statement recorded before Sunday's strikes on Afghanistan. "America was hit by God in one of its softest spots," he said. "If it continues with this policy [against Iraq and the PLO], the sons of Islam will not stop their struggle."]

It is an article of faith in many Muslim countries that Israel was behind the attack on the World Trade Center, with many citing as their evidence a "news report" that 4,000 Israelis called in sick from their jobs at the World Trade Center on Sept. 11. The allegation has now appeared on scores of Web sites and bulletin boards, has been reproduced in e-mails too numerous to count, and has run as fact in newspapers and news broadcasts in the Middle East. Where did this charge originate, and what path did it take around the world?

First, a question begs: Where did the precise figure of 4,000 Israelis come from? According to the Anti-Defamation League's Web site, on Sept. 11, the Israeli Embassy released a statement expressing concern about the 4,000 Israeli nationals living in New York City—few of whom actually worked in the World Trade Center. At press time, the embassy couldn't confirm this statement.

According to Nexis and the Google search engine, the first mention of Israeli involvement in the attacks came in a Sept. 17 report on Lebanon's Al-Manar Television. The Los Angeles Times reports that the terrorist group Hezbollah has free access to Al-Manar's airwaves, and the station's Web site claims that the station exists to "stage an effective psychological warfare with the Zionist enemy."

The next day at 6:26 a.m., the American Web site Information Times published an article headlined "4,000 Jews Did Not Go To Work At WTC On Sept. 11," and credited it to an "AL-MANAR Television Special Investigative Report." This was not the first time that Information Times had pointed the finger at Israel. The day after the attacks, it warned in an article that the "terrorist government of Israel … cannot be ruled out" as a suspect. Information Times purports to be edited by Syed Adeeb from the eighth floor of the National Press Club at 549 15th St. NW, Washington, DC, 20045. The Press Club says it has no such tenant and repeated messages sent to the e-mail address for Syed Abeed listed on the site bounce back as undeliverable. Directory assistance for Washington, D.C., has no listing for Information Times.
------------------

In one episode of the 29-part Ramadan special "Al-Shatat, The Diaspora," a rabbi orders his young son to kidnap a Christian friend so that his throat can be slit and the blood drained into a bedpan to be used to make food for Passover. The rest of the series tells the usual anti-Semitic plot of alleged Jewish aspirations for world domination. This TV show is just one example of the programming run by Hezbollah's global satellite channel, al-Manar. While the spread of this kind of hatred is despicable in any context, when it is broadcast to millions of viewers by terrorists intent on destroying lives, it becomes a weapon of global jihad.

Al-Manar routinely runs videos encouraging children to become suicide bombers, calls for terrorists to attack coalition soldiers in Iraq, and promises that "martyrs" will be rewarded in the afterlife.

Hezbollah established al-Manar in 1991 as an operational weapon to incite hatred and violence and recruit children and adults as terrorists. According to al-Manar officials interviewed by Hezbollah expert Avi Jorisch for his book "Beacon of Hatred," the station's programming is meant to "help people on the way to committing what you call in the West a suicide mission." Viewers are told: "The path to becoming a priest in Islam is through jihad," as Hezbollah's Secretary-General Hassan Nasrallah said in a speech on March 23, 2002. Every day al-Manar reaches millions of Arabic speakers in the Middle East, Europe and North Africa....

But two satellite companies continue to broadcast the station's programming: Arabsat, whose largest shareholder is the Saudi government, and Nilesat, which is majority-owned by the Egyptian government. The footprint of these two providers covers all of Europe, from Spain to southern Sweden and the Balkans. It extends to North Africa and the Middle East. As a result, Arabic speakers in Paris, London, Madrid and elsewhere continue to have access to a station that fosters a culture of terrorism 24 hours a day, seven days a week. As al-Manar's former chairman Nayef Krayem said, "There is no act of resistance that can be classified as terrorism." The European Union must pressure the Saudi and Egyptian governments to stop broadcasting this hatred to impressionable young Muslims in Europe.

That's the political part of the fight against al-Manar. But there is also a commercial side to it. While a large part of al-Manar's operating budget comes from Iran, a significant portion is derived from ad revenue. There are a handful of multinational corporations that still advertise on al-Manar, indirectly endorsing its message of hatred and violence and directly supporting its operations by paying for air time.

Within the past few months, al-Manar broadcast ads for products from the following companies: Nissan, the Japanese car manufacturer; LG, the Korean electronics maker; Tefal, a producer of home cooking products and subsidiary of France-based Groupe SEB; Jovial, a manufacturer of Swiss watches; and Cellis-Alpha, a cellular SIM card provider owned by Fal Dete Telecommunications, a Saudi-German consortium majority-owned by DETECON, which in turn is a subsidiary of DEUTSCHE TELEKOM.
----------------
Detecon Al Saudia Co. Ltd

The Diaspora [Al-Shatat], the Syrian-produced series aired last year during the Ramadan on Al-Manar (Hizbollah TV) is now being aired on Iranian TV. The series covers the period of the Zionist movement, and is primarily a depiction of the classic anti-Semitic libel that attributes to Jews the desire for world domination. The series revolves around the "Secret Jewish World Government," whose members meet and plan how to use their control and influence over the leaders of the world to direct all of history. ....