A false-dialectical farce in two movements ...

"The movement caught my attention when I saw Dr. David Ray Griffin speaking at the University of Wisconsin at Madison on C-SPAN earlier this year. Before retiring last year, Griffin was emeritus professor of Philosophy of Religion at the Claremont School of Theology in California. He has written several well-regarded books on religion and spirituality, co-founded the Center for Process Studies and is considered one of the nation’s foremost theologians. I am familiar with his work and regard him as a wise writer on the role of spirituality in society. 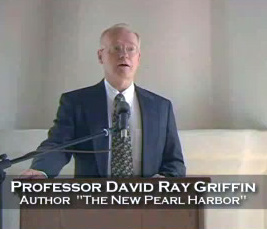 "So, it was shocking to see him pushing a radical conspiracy theory about 9/11 on C-SPAN. His 2004 book, The New Pearl Harbor: Disturbing Questions about the Bush Administration and 9/11, has become the manifesto of this movement. At the University of Wisconsin, this distinguished academic told students at Bascom Hall that 'there is no escape from the frightful conclusion that 9/11 was engineered by the Bush administration and its Pentagon.' ...

"Progressive journalists have an added burden not to be seen as fodder for conspiracists. Sometimes they need a little help. Groups like Political Research Associates (PRA), based in Somerville, Massachusetts, exist to make sure progressives are not duped by conspiracists of any stripe. 'The antidote to conspiracism is Power Structure Research based on some form of institutional, systemic or structural analysis that examines race, ethnicity, gender, sexual identity, class and other factors that are used to create inequality and oppression,' the PRA explained in a preface to its review of Griffin’s The New Pearl Harbor. 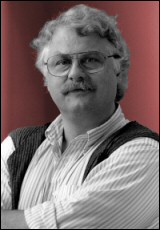 "The reviewer was Chip Berlet, a senior analyst at the PRA. In an interview with Amy Goodman on 'Democracy Now!,' Berlet agreed with Griffin that 'there are a number of unanswered questions' regarding 9/11, but assessed Griffin’s work as 'a lot of … armchair guesswork by people who haven’t done their homework.' Berlet noted his surprise at this because Griffin’s 'previous work has been stellar. He’s one of the singular most important religious philosophers in America. I don’t understand this lapse.'

"Berlet isn’t alone in wondering what happened to Griffin. In These Times Contributing Editor Terry Allen, a former editor at Amnesty International, is
similarly unimpressed. 'I respect Griffin, but he’s just wrong on his theories,' she says. Allen spent two months assessing the major conspiracy theories concerning 9/11 and she has concluded there is not much to any of them—especially Griffin’s. 'I found plausible explanations for most of the things he disputes. I think part of it is that he’s a theologian who operates on faith,' says Allen.

"A lack of faith in the Bush administration, as well as its pathological aversion to transparency, are what fuels the ongoing skepticism about the official 9/11 story. Unfortunately, debunking conspiracy theories is unlikely to change that."
--------------------
http://www.inthesetimes.com/site/about/author/13

"Salim Muwakkil is a senior editor of In These Times, where he has worked since 1983, and an op-ed columnist for the Chicago Tribune. He is currently a Crime and Communities Media Fellow of [George Soros'] OPEN SOCIETY INSTITUTE, examining the impact of ex-inmates and gang leaders in leadership positions in the black community. 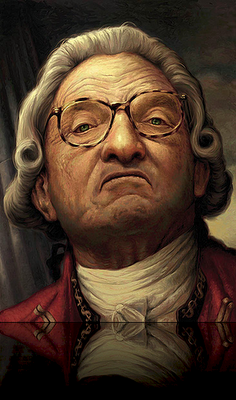 "As an editor for In These Times since 1984, Salim Muwakkil has forged a reputation as one of the country’s most insightful writers on issues of African-American culture and politics. He is also a Crime and Communities Media Fellow of the Open Society Institute.

"Currently, Muwakkil is working on a documentary titled Chicago Gangs: An American Story and writing the text for a book of photographs documenting the tenure of Harold Washington, Chicago’s first black mayor.

"Muwakkil started his journalism career as reporter for the Associated Press in Newark, New Jersey shortly before graduating from Rutgers University with a BA in Political Science. He soon moved on to become a copy editor and then managing editor at Muhammad Speaks-Bilalian News, the largest black-owned publication in the country.

"Upon moving to Chicago, Muwakkil joined the In These Times’ staff and became a contributing columnist to both the Chicago Sun-Times and the Chicago Tribune.

An irrelevant distraction from Hell

"Muwakkil is a frequent contributor to 'Chicago Tonight' and 'Beyond the Beltway' with Bruce Damont, two Chicago-based public affairs programs. He is also an occasional host on Chicago’s black talk radio station, WVON. 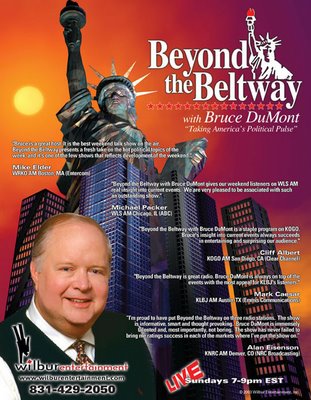 "Muwakkil has won a variety of journalism awards including the 'Top Ten Media Heroes of 1994,' from the Institute of Alternative Journalism, the 'Black Rose Achievement Award for 1997,' from the League of Black
Women, the 2001 Studs Terkel Award for Journalistic Excellence from the Chicago-based Community Media Workshop and the 2004 Lillian Award for Excellence in Journalism, Delta Sigma Theta Sorority. 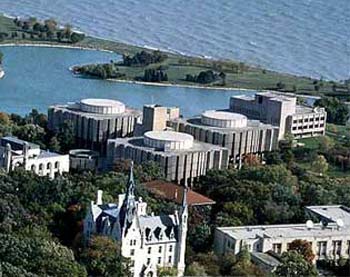 The Northwetern University Medill School of Journalism in Evanston, Illinois

"In his spare time, Muwakkil serves as a board member for the Progressive Media Project and the Chicago-based Public Square. He is a faculty member of the Associated Colleges of the Midwest’s Urban Studies Program, and a former adjunct professor at Columbia College, Northwestern University’s Medill School of Journalism and the School of the Art Institute of Chicago."
Posted by Alex Constantine at Friday, December 29, 2006