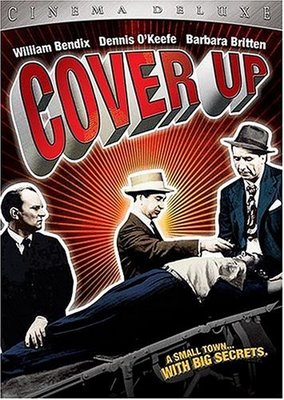 Officials at Blue Grass Airport have established a consistent pattern of withholding information related to the crash of Flight 5191 on August 27, including the identity of the lone air traffic controller on duty at the time.

They are also wittholding pertinent documents – in violation of state law.

I have contacted Bernie Lovely, chairman of the controlling board at Blue Grass Airport, by e-mail and stated bluntly that the crash was mass murder. I asked if Mr. Lovely – a leading equine attorney in Lexington – had ever represented William Farish, a local racehorse breeder and a suspect in my personal investigation of the crash. Mr. Lovely did not respond.

It wasn't the only stone-wall that airport officials have constructed around the crash. They have covered up, clammed up, issued denials with no legal basis, dragged their feet and refused to cooperate with attorneys and reporters from the beginning, including this one. If it was only an accident, why the cold shoulder? They have made all the right sympathetic noises concerning the loss of human life at every photo op – yet resist transparency, keep secret files, deny the public's right to know. Shame on Blue Grass Airport. But the ILLEGAL intransigence of the airport board is meeting stern resistance, and this site will keep you posted on developments.

– AC
--
AIRPORT BOARD TOLD TO HAND OVER RECORDS

FRANKFORT - Lexington's airport board is violating the state's Open Records Act until it adequately responds to a request for records by an attorney for one of the 49 people who died in the Aug. 27 crash of Comair Flight 5191 near Blue Grass Airport, according to an opinion from Attorney General Greg Stumbo's office.

The opinion said Michigan attorney John McClune, who is representing the estate of victim Erik Harris, said the Lexington-Fayette Urban County Airport Board must provide McClune with access to any records he has requested unless it can articulate a legal basis for denying them.

"Until the Board so responds, it stands in violation of the Open Records Act," said the opinion dated Nov. 8 but not released until yesterday.

McClune said yesterday he has "not received anything from the airport board." A call to the Lexington law office of W. Thomas Halbleib Jr., attorney for the airport board, was not returned.

Halbleib responded by letter to McClune on Sept. 21, telling him his request may be more appropriately addressed to the Federal Aviation Administration.

McClune appealed Halbleib's response to the attorney general's office, noting that he already had sent an identical request to the FAA. He said Halbleib's response "did not indicate that the documents and information did not exist, just that we 'may' wish to obtain same from the FAA." 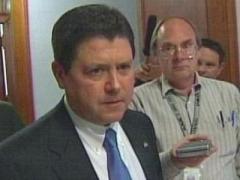 McClune told Stumbo's office Oct. 20 that it was interesting that Halbleib suggests the board has "no public records responsive to any of (my) requests," but indicates that "records apparently exist in response to my request for all documents, procedures, reports, memos, etc. regarding the re-paving of runways, and the relocations, relighting and remarking of runways."

Stumbo's office said yesterday it is unclear whether the airport board does have copies of some of the requested records.

"If the board has copies of records responsive to the request in its possession, but takes the position that the request must be made to the FAA as the 'official custodian' of those records, its position is misplaced," Stumbo said.

The board must give McClune copies of any records it has that deal with his request unless it can articulate a legal reason for not doing so, Stumbo said.

McClune filed the lawsuit in U.S. District Court in Lexington for the Harris estate. It alleges negligence and breach of warranties by Delta and Comair, which is a wholly owned subsidiary of Delta. The estate, administered by Richard Harris, Erik's father, is asking for unspecified compensatory and punitive damages.
Posted by Alex Constantine at Monday, December 25, 2006