In our hypothetical example (part three) - CIA-Republican terrorist facing criminal charges plots to crash a plane to silence witnesses - it's assumed that this practice is fairly common. Is it?

Families of the victims in this documented instance have their own perspective: "Havana, Oct 3 (Prensa Latina) Cuba investigators held Tuesday the Central Intelligence Agency (CIA) responsible of the explosion in mid-air of a Cuban airplane with 73 people aboard in 1976.... "20 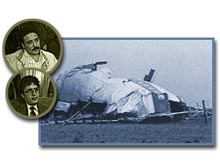 Pan Am 103 was destroyed by CIA-Republican terrorists facing criminal charges, too. Look not to Libya, but to "Coreans": "... It was the McKee team that reportedly uncovered evidence that a 'rogue' CIA unit called COREA, based in Wiesbaden, was doing business with Monzar Al-Kassar [Adnan Khashoggi's co-conspirator in the Iran-contra scandal], Syrian 'arms dealer and drug trafficker'. Al-Kassar 'was part of the secret network run by US Lt. Colonel Oliver North.' Outraged that COREA was doing business with a Syrian 'who made money from drugs/arms/terrorism', the McKee team 'decided to fly to CIA HQ in Virginia to expose COREA'. They flew on Pan Am flight 103 ... "21

Dorothy Hunt. Carmel researcher Mae Brussell found that she was carrying a fat bundle of cash with consecutive serial numbers ... "Dorothy Hunt, the wife of convicted White House 'plumber' E. Howard Hunt, was killed, along with 41 other people, when United Airlines Flight 553 crashed near Chicago's Midway Airport on Dec. 8, 1972. Mrs. Hunt, who, like her husband, had worked for the CIA, was allegedly carrying $100,000 in "hush" money so her husband would not implicate White House officials in Watergate. The day after the crash, White House aide Egil (Bud) Krogh was appointed Undersecretary of Transportation, supervising the National Transportation Safety Board and the Federal Aviation Association — the two agencies charged with investigating the airline crash. A week later, Nixon's deputy assistant Alexander Butterfield was made the new head of the FAA, and five weeks later Dwight Chapin, the president's appointment secretary, was dispatched to Chicago to become a top executive with United Airlines. The airplane crash was blamed on equipment malfunctions."

Langley patriots consider aviation a well-stone of assassination politics. Ron Brown might look into it if he was alive. And if your wife or children are on board - who's to know? A CIA-Republican terrorist has no regard for human life (he is a totalitarian gestalt of armed "conservative principles," and empathy is for weepy liberals). 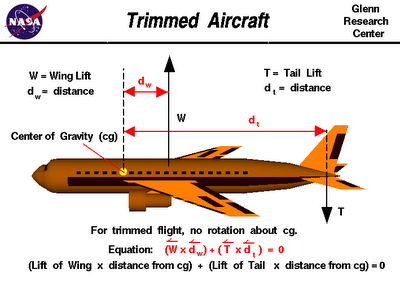 This is a fine science. It doesn't necessarily stoop to wild-eyed Saudis with box-cutters or radio bombs planted in the cargo hold - that's for show. There are more subtle means. As in the martial arts, the CIA-Republican terrorist looks for a weakness to exploit:

The distribution of weight is a critical factor in any airplane flight. A miscalculation can be fatal, and there are standard formulae used by every pilot before every takeoff to determine if the plane is balanced properly. The NewsReleaseWire stie published a story the day after the Comair crash that makes this same point:

"Passenger Obesity as a Contributing Factor in Commuter Airplane Crashes

"In January 2003 an Air Midwest Beech 1900 with 19 passengers aboard failed to gain altitude quickly enough and crashed into an airport hanger during takeoff in Charlotte, North Carolina. All passengers and crew died in the incident. The National Transportation Safety Board determined that Air Midwest used "substantially inaccurate weight and balance calculations for company airplanes," which were based on incorrect "average passenger and baggage weights ... "23

Aviation News recently had a story on a plane brought down by its weight and distribution of the same: "MAY 2006: weight distribution factor in West Caribbean MD-82 accident - French newspaper Le Figaro, quoting an anonymous source, reported that the West Caribbean MD-82 that crashed in Venezuela, August 2005, was overloaded. It reportedly had a takeoff weight of 70,300 kilos, where mtow is 67,600 kilos. The cargo was badly distributed as well..."24 An airplane has a center of gravity and this must be respected or ...

There's this: "'A weighty issue. And a balancing act too' - [A] commuter airliner has all chairs occupied as the Captain rotates. After a brief normal flight profile the nose of the airplane pitches up to the extreme. After a breathtaking stall the airplane plunges back onto the airport surface killing all on board. What happened here? ... Because the flight was full, and standard passenger and baggage weights were used, there is a possibility that the aircraft was severely overweight and out of CG. The second possibility is that the baggage in the aft cargo bay shifted after rotation creating an extreme aft CG. Lastly, there is a potential mechanical problem in the elevator mechanism itself."25

Back to Teterboro, New Jersey:

First Findings See No Brakes Used in Most Of Jet's Path

"The National Transportation Safety Board, which is investigating the crash of a corporate jet at Teterboro Airport in New Jersey on Wednesday, said yesterday that its findings indicated no braking system was in effect until the plane was 5,000 feet along the 6,013-foot runway. NORMALLY, A LIFTOFF TAKE PLACE AROUND 3,000 FEET ..."

The plane did not lift-off at Teterboro because, according to the NTSB, the baggage was improperly loaded.

But before turning to the matter of airfoil balance, this factor, raised over a year before the tragedy at Lexington's Blue Grass Airport, is significant:

Hold that thought. Don't forget it.

The cause of the Teterboro crash was reported by the New York Times on March 24, 2005:

The corporate jet that crashed into a warehouse in Teterboro, N.J., last month with 11 people on board was carrying too much of its weight in front, federal investigators said in a preliminary report released yesterday ..."26

Excess baggage loaded toward the front of the plane weighed down the nose. The jet was unable to lift and take flight. The pilot thought it was a "malfunction" initially (see part two), but the failure to lift off the tarmac was due to baggage load distribution. It was that simple. The plane accelerated on runway six, reached 3,000 feet ... but gravity held the nose down and the jet would not disengage from the tarmac. The pilots attempted to take-off for another 2,000 more feet ... it stubbornly refused to go airborne. At 5,000 feet they hit the brakes and aborted the flight. Too late.

The plane shot off the end of the runway, across the street and into the warehouse.

The baggage was loaded on the illegal charter flight by Darwin Deason's tiny DDH, Inc. He owned the jet and the charter company. Was the flight deliberately sabotaged by the CIA's ranking contract torturer? You come to realize that this may be the only possible explanation by considering that - before ANY flight - a trained pilot calculates the weight of passengers and luggage to determine if it is safe to fly. AND there are standard calculations for weight distribution. The pilot does not want to die. He knows that if the weight and balance of the plane is off, he and his passengers could perish. So he is certain before setting off down the runway that all weight factors are correct.

The pilots at Teterboro did their calculations. They assumed the plane was loaded by professionals and properly balanced. Satisfied that it was safe to fly, they headed out, unaware that the plane had been disabled. There was sufficient appearance of wrong-doing here to blind a saint. The cargo loaders knew their jobs, and the balance of the plane is ALWAYS a critical issue before take-off. The pilots were confident that the trim was correct and expected the plane to lift-off. Did DDH employees - a sample of whom we've already visited at Guantanamo Bay - deliberately pile cargo toward the front of the plane, and feed false data to the pilots? How else to account for the ludicrous mishap at Teterboro?

It is far more probable that the cargo was loaded improperly by design than human error - it was all piled toward the front, and that's how a trained CIA-Republican terrorist would commit mass murder.