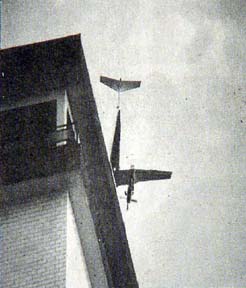 Before returning to Lexington, you have to know about the airport in Teterboro, about whispers overheard at the pilot's coffee shop, insinuations, rumors, gaps in the record, men in uniform, obscure movements in the middle of the night ...

The town is the home of Bendix Corp. - a company that demonstrated during the Big (German-American industrial-based) One that Nazi total-war profiteering is a capitalist's wet dream, a member of the notorious Stuttgart-based Bosch patent pool that sent American military data to Germany as late as May, 1940 - today, a division of AlliedSignal.27

Teterboro has a busy little airport. Some very well-known aviators have called it home and made their mark in history - you would recognize their names in an instant:

"April-July 2001: Hani Hanjour Receives More Flight Training; Rents Small Aircraft - According to the 9/11 Commission, soon after settling in the area, hijacker Hani Hanjour starts receiving 'ground instruction' at AIR FLEET TRAINING SYSTEMS, a flight school in Teterboro, New Jersey. While there, he flies the Hudson Corridor: 'a low-altitude "hallway" along the Hudson River that passes New York landmarks like the World Trade Center.' His instructor refuses a second request to fly the Corridor, 'because of what he considered Hanjour’s poor piloting skills.'... "28

Shortly, another aviator connected to 9/11 will surface in Teterboro, but first Air Fleet:

From the Air Fleet web site, we learn that the facility is "the only Part 141 school within easy public transportation reach of New York City." The school is run by the Bopps - you remember them - there was a comet named after them. "The Bopps, who own and operate Air Fleet, have a much longer family history of involvement in aviation. Beginning in the 1950s, Paul Arnold (Susan Bopp's father) was the Chief Pilot for Bendix Corporation, now better known as AlliedSignal, for more than twenty years. During that time, he also assisted with the development of some of the equipment now used in aircraft. He was also responsible for instilling a love of aviation in his daughter, Susan. ... "29

There is some tension in Teterboro among the locals concerning obscure, "immoral" parapolitical activities - that is, apart from Nazi collaborations:

... one of the most disturbing revelations about recent Teterboro jet traffic almost slipped under the public's radar screen. It seems that Teterboro was the launching pad for a secret flight in which U.S. agents sent a suspected al-Qaida operative to Syria, where he says he was tortured.

The story of Maher Arar has emerged as a focal point in congressional debates over the secret Bush administration policy of "rendition" - or sending suspected terrorists to nations where they can be tortured. But almost lost in the story is this footnote: After American agents apprehended Arar in late September 2002 and held him for two weeks, they secretly took him to Teterboro and hopped aboard a chartered private jet that eventually made its way to Syria.

Arar, a Syrian-born Canadian citizen who denies he is a terrorist, was released 10 months later. He is now suing the United States, claiming he was brutally tortured in Syria.

Teterboro Airport was used in the early 1990s by federal agents to fly mob boss John Gotti on a small chartered plane to a federal prison in Illinois. The
airport was also linked in the 1980s to a Virginia firm that chartered private jets through a Teterboro-based carrier to fly CIA agents and U.S. military commando units on covert missions.

But the secret trip by U.S. agents with Maher Arar raises an additional concern. Obviously, the agents wanted to keep a low profile. But it's one thing to use Teterboro's privacy to transport a convicted mob boss or CIA agents. It's something else when the airport is used to maintain the secrecy of a controversial program that involves torturing suspected terrorists.

Is this why North Jersey residents should endure the hassles of Teterboro? That question is important, not just for the moral debate over torture of suspected terrorists, but because of the thousands of northern New Jersey residents whose lives are affected by Teterboro's low-flying jets.

With so many ordinary citizens in the flight path of these jets, it's important to question the safety and noise of the airport. But once safety or noise is debated, then authorities should discuss what kinds of flights come in and out of Teterboro. Are we interrupting the lives of thousands of area residents for the convenience of guests at Trump's wedding, professional basketball stars and now possible torture victims? And if U.S. authorities plan to use Teterboro for more rendition flights, will the airport and surrounding community need additional security?

All sides agree that the neighborhoods around Teterboro Airport are too congested. After a jet rolled off a Teterboro runway in February and smashed into a warehouse, even airport supporters conceded they wished there was more room at the end of runways for crash barriers. But the far-more-basic question about Teterboro is this: Who uses this airport anyway?

The story of Maher Arar and his possible torture adds a moral component to that question about Teterboro's future and the federal grants to soundproof schools. It's about time. Ultimately, the dangers of Teterboro's jets are really
a moral issue.30 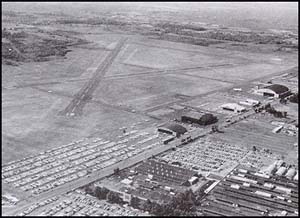 Here are some of the *immoral* CIA rendition flights from Teterboro, complete with tail numbers.31 ...

A Gulfstream III (Grumman G-1159A), this plane carried Canadian national Maher Arar from the US to Jordan, where he was transferred overland to Syria. He was tortured during 13 months of detention without charge,
and was released in October 2003. The plane has also made over 100 trips to Guantánamo Bay. There are 380 relevant FAA recorded landings or takeoffs between March 2001 and May 2005. Registration: registered by
MJG Aviation in October 2000 in Florida; the company dissolved July 2004. MJG’s owner also owned Presidential Aviation, a company first registered in
Florida in 1998 and dissolved November 2004. The aircraft was re-registered as 259SK in March 2004 by S&K Aviation LLC. S&K Aviation was first registered in Florida in December 2003 and is an active company with a registered agent.__Range and capacity: average range of 3,715 nautical miles. The aircraft can transport up to 22 passengers, but it is usually configured for 10/12 people.

Destinations: Recorded movements of N829MG-N259SK include landings and take offs from the following airports:

COUNTRY CITY/AIRPORT PASSAGES THROUGH THE AIRPORT

One of the key companies involved in the rendition flights was Aero Contractors. Pacifica's Amy Goodman heard tell of Aero's renditions, and ...

AMY GOODMAN: And where did they fly Maher Arar out of from the New York area?

STEPHEN GREY: He was flown out of the local airport here in New Jersey, Teterboro, picked up there. There was an FBI involvement in that particular operation, because it came out of New York, the U.S. airspace. So it wasn't a sort of typical rendition. He was flown from Teterboro to Dulles Airport, where a new team took over. And then he was flown from there to - via
Athens - sorry, via Rome in Italy, and then the plane then landed in Jordan. At that point, I think, the CIA took over.

He was then taken - he was beaten in Jordan, and then he was driven over the border into Syria to this place. You’ve mentioned the Palestine Branch. It’s one of the worst interrogation centers in the world. And what I found [is] that he wasn't the only person that had been sent there by the United States. Up to seven other prisoners were sitting in these same cells about the size of graves, three-foot wide, six-foot wide. And up to seven other prisoners there at the time had all been sent there by the United States.

AMY GOODMAN: Are they still there?

STEPHEN GREY: Well, some of them are. I mean, the whole story of this rendition program is that there are only a few people who have emerged to tell their stories, and so many others have DISAPPEARED completely. We don’t know where they are. There’s no accountability as to what’s happened to them.32

Residents of Teterboro might also have a few questions to ask the CIA about the mentor of Mohammed Atta:

According to European sources who were instrumental in assisting the Council of Europe in its investigation of CIA rendition flights and secret prisons in Eastern Europe, the CIA's Learjet 35A, owned by Aircraft Guaranty Corporation, a brass plate located at 515 N. Sam Houston Parkway East, Suite 305, Houston, Texas, and flying with tail number N35NK, has used Billund, Denmark as a base of operations. Until June 2004, the plane was owned by Wally Hilliard's Plane 1 Leasing Co. of Naples, Florida. Plane 1 Leasing is owned by WALLY HILLIARD, the business partner of Rudi Dekkers,
whose Venice, Florida-based Huffmann Aviation flight school helped train Mohammed Atta to prepare for the 9-11 attack. N35NK made a flight to Guantanamo in April 2004.

N35NK has also been leased to Nordic Aviation Contractor at St. Petersburg-Clearwater airport in Florida. The home headquarters of Nordic Aviation in
Billund, Denmark. In 2005, N35NK was re-leased to JetSmart of Connecticut and is now on sale for $2,395,000.33


Concerned residents of Teterboro may also want to write their congressmen about the nature and extent of black operations launched at the airport, particularly those involving black-market guns-'n'-drugs:

... ANMC provided consulting services for Southern Air Transport of Miami. A Southern Air spokesman said last week that a Gadd company acted as a broker and occasionally was paid a commission for finding charter business for Southern. Southern Air officials have said that the company performed some maintenance work on the aircraft that was shot down Oct. 5 in Nicaragua, which led to public disclosure of the contra resupply operation.

According to a former official of Executive AIR FLEET [where Hanjour took his training?] at New Jersey's Teterboro Airport, Gadd's companies contracted for 100 to 150 hours of domestic air charter service a year, at a rate of $ 3,400 an hour for such small, fast, long-range passenger planes as Gulfstreams II.

Employes of ANMC were mostly former military men with security clearances, trained not to ask too many questions, according to some of those employes. But by early 1986, it was evident even to them that Gadd was involved in some highly sensitive projects.

According to a report in Knight-Ridder newspapers, persons responding to an ANMC recruiting ad in the Dec. 2, 1985 Air Force Times were told by Gadd that they would be given a stateside job with the company only after working for six months in Honduras.34 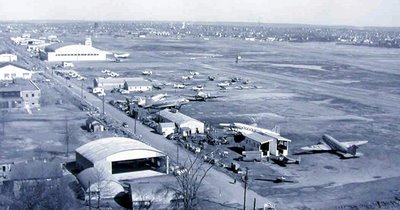