A Tale of Two Political Assassinations 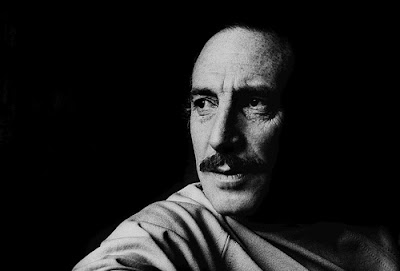 Execution by Cruise Missile - Killing Enemies Without Trial
By JACOB HORNBERGER
May 6, 2008

In an editorial published last Saturday, the Washington Post celebrated the killing of a man in Somalia who the Post said "deserved the label of 'evildoer.'" The man was killed when a U.S. Navy ship fired Tomahawk missiles at a Somali home in which the man was apparently located. The Post said that the missile "killed a vicious militia leader and an al-Qaeda operative."

The Post did point out that the U.S. operation had a "distinct downside": Some 24 other people were also killed in the attack. Notwithstanding that unfortunate side effect, the Post said that the operation was "a victory for the Bush administration's counterterrorism operations in Africa."

I wish the Post had compared the U.S. operation against the terrorist in Somalia to a similar operation carried out against a communist in 1973 on the streets of Washington, D.C., by agents of the Augusto Pinochet regime. It would be interesting to know whether the Post would, in retrospect, celebrate that killing as well, as part of Pinochet's counter-communism operations in the Americas during the Cold War.

The victim of the killing, Orlando Letelier, was a Chilean citizen who had served as Minister of Foreign Affairs, Interior Minister, and Defense Minister in the administration of Chilean president Salvador Allende, a socialist and communist politician whom the Chilean people had democratically elected as their president.

When Chilean Army General Pinochet ousted Allende in a military coup, a coup with which U.S. officials were not displeased, Letelier was among the first seized and arrested. After being severely tortured and incarcerated for eight months, he was ultimately released on the condition that he leave Chile immediately.

In 1975 Letelier moved to Washington to join the staff of the Institute for Policy Studies, an independent research institute. He also taught at American University. While living in Washington, Letelier became a leading spokesman against the Pinochet regime, thereby sealing his fate as a communist enemy of the state operating abroad.

Since Chilean government officials lacked a Navy that could fire Tomahawk missiles, they decided to take out Letelier using a more conventional means — a regular bomb planted in his automobile. The killing was apparently part of Operation Condor, a program in which right-wing and military regimes in South America, working with the CIA, had embarked on a program of torture and assassination against left-wing "communist" opponents, who government officials considered at least as dangerous as "the terrorists" against whom the U.S. government is currently waging war.

Letelier's killing was organized by a man named Michael Townley, who had been CIA's liaison with intelligence agents in the South American governments. Townley retained the services of five Cuban anti-communist exiles in the United States to plant a bomb in Letelier's car. The bomb blew up, killing Letelier along with his American assistant, Ronni Moffit, who was not alleged to be a communist.

Interestingly, the Justice Department treated the killing as a murder rather than a covert operation as part of Chile's war on communism. Townley, along with the Cubans, were indicted. Townley confessed to the crime and was convicted in a Washington, D.C., court, but things didn't turn out too bad for him. For organizing an operation that ended up killing two people, he served only three years and four months in prison before being released into the U.S. government's "witness protection program" for implicating higher-ups in the Chilean government, including Pinochet himself. (Also, see: "My Case Against Pinochet" by Letelier's son, Francisco Letelier, CounterPunch, Dec. 20, 2004.)

After Pinochet left office, his henchmen, Chilean Army Generals Manuel Contreras and Pedro Espinoza Bravo, were convicted of the Letelier murder in Chile. Contreras told the presiding judge in the case that Townley had been supported in the Letelier killing by the CIA.

Unfortunately, the U.S. government continues to withhold classified documents relating to the Letelier-Moffitt assassination on the grounds that they are associated with an ongoing investigation, 35 years after the murder. Apparently they're referring to outstanding U.S. extradition requests for Contreras and Espinoza.

The rationale for the Letelier killing was that Chile, along with other right-wing military regimes and the CIA, were at war — the war on communism. Why should government officials, the thinking went, have to deal with indictments, lawyers, trials, and extradition against communists, who were arguably more dangerous and threatening than terrorists? Better to simply kill them (or torture them and then kill them). Yes, war is hell, and sometimes innocent people are killed in the process. But what better, more efficient way to rid a nation of its enemies in the war on communism than by simply assassinating them, either with missiles or bombs?

It's a mindset with which U.S. officials, who recently killed those people in Somalia with their Tomahawk missiles as part of their war on terrorism, can surely sympathize.

Jacob Hornberger is founder and president of The Future of Freedom Foundation.