Did Shimon Peres Compare McCain and Republicans to Hitler and Nazis? 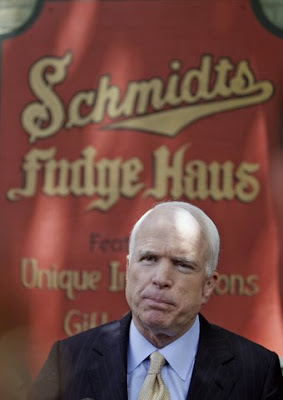 Israeli President Shimon Peres on Monday made a remark in an interview with Israel Radio that appeared to some to draw a comparison between recently defeated US presidential candidate John McCain and Hitler, and between members of McCain's Republican Party and the Nazis.

When asked by the show's host what he thought of Barack Obama's victory in the US presidential election, Peres said that he saw the outcome of the election as a "moral victory" over racism, and the likes of "Hitler and the Nazis."

Peres was likely noting that Obama's victory was a major blow to the racism that had characterized much of the history of America and Western Europe over the past century.

However, observers said that at best Peres had chosen his words very poorly, and that some could take them to mean that the Israeli president views McCain and all Republicans as representatives of Nazi values.