How can we stand by as genocide again threatens the Congo? 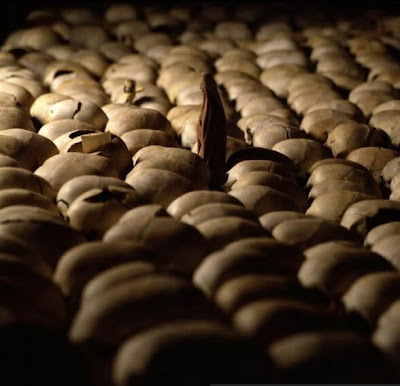 " ... Eagle Wings Resources International, a subsidiary of Trinitech International of the US, continues to exploit the coltan from the Rwandan-controlled eastern region of Congo, and proceeds from this exploitation are sold to H. C. Starck, a subsidiary of Bayer AG of Germany, while 50% of the coltan purchased by Ningxia Non-Ferrous Metals Smeltery of China originates from mining under control of the 'Congo desk' of the Rwandan army."

AS AN African migrant from the Democratic Republic of Congo, I am fortunate to be leading a peaceful and productive life in Australia. But reading the daily newspapers or watching the news on television is very distressing.

Over the last couple of days tens of thousands of civilians, mainly Hutus of the Rusthuru and Masisi districts, have fled their homes and are now surrounded by Rwandan-backed rebels.

The rebels and the Rwandan army have taken Rutshuru and Masisi, and their leader, General Laurent Nkunda, has vowed to seize Goma under the pretext of protecting the minority Tutsi population from Rwandan Hutu extremists responsible for the 1994 genocide.

With the international financial situation becoming the main priority for world leaders, little attention has been given to what is unfolding in Congo. Rwanda has seized the opportunity to join Nkunda to complete unfinished business: the "ethnic cleansing" of Hutus of Rutshuru and Masisi districts.

These Hutu represent a Congolese ethnic group that shares linguistic and cultural similarities with Rwandans. However, in his book, The Congo Wars: Conflict, Myth and Reality, Thomas Turner notes that some of the Hutu of the Rutshuru and Masisi and the Goma-Rutshuru-Masisi area in eastern Congo have never been part of the Kingdom of Rwanda.

Unfortunately, Nkunda and his backers cannot discriminate between the Hutu of Rutshuru and Masisi, who are Congolese citizens, and Rwandan extremist Hutus.

The international community, under the Genocide Convention, has declared that there would never be another genocide after Nazi mass killings of World War II.

It is therefore ethically, politically and morally wrong for the international community to keep silent while Rwandan-backed militias continue to slaughter innocent civilians — the way it remained silent when genocide unfolded in Bosnia, Rwanda and, now, in Sudan.

Rwanda has many motives to destabilise Congo. It is already over-populated and does not have enough land or food for its 8.3 million people — and its population will double to 16 million by 2020.

The Rwandan Government has been working behind the scenes to help Nkunda and his militias secure land in Congo to accommodate the growing population and loot Congo mineral resources to boost the Rwandan economy.

A report commissioned by the United Nations found that Western companies, under the auspice of Rwanda and Uganda, were looting Congo.

The report provided detailed information on activities carried out by various Western companies with the overwhelming military support of either Rwanda or Uganda, to the point where these two nations fought each other over diamond mining.

It noted that Eagle Wings Resources International, a subsidiary of Trinitech International of the US, continues to exploit the coltan from the Rwandan-controlled eastern region of Congo, and proceeds from this exploitation are sold to H. C. Starck, a subsidiary of Bayer AG of Germany, while 50% of the coltan purchased by Ningxia Non-Ferrous Metals Smeltery of China originates from mining under control of the "Congo desk" of the Rwandan army.

If the 1994 killing of 700,000 moderate Hutus and Tutsis by extremist Hutus in Rwanda constituted genocide, what will it take for the international community to recognise that genocide is happening in Congo and to pursue those responsible? Repeated surveys by the International Rescue Committee have found that more than 5 million have died since Rwanda and Uganda invaded Congo in 1998, making the war here the deadliest conflict since World War II. The unfolding genocide is a legacy of the Clinton administration and the biggest moral failure of the Bush administration. It is time for the world to act.

Dr Andre M. N. Renzaho is the executive director of the African Leadership, Learning and Advocacy Group, a non-profit organisation, and a senior research fellow at Deakin University.