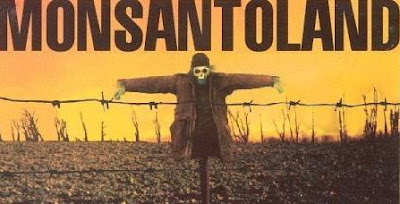 " ... Roundup Ready sugar beets - which can withstand repeated applications of glyphosate, the active ingredient in Monsanto's Roundup herbicide - gain their chemical tolerance from a gene that Monsanto plucked from a soil bacterium and pasted into the sugar beet genome. ... "

Home gardeners seldom grow sugar beets, but the commercialization of Roundup Ready sugar beets could toss genetically engineered DNA into many a garden-fresh salad unless a lawsuit prevails.

The suit, filed by the Center for Food Safety, Organic Seed Alliance, High Mowing Organic Seeds and the Sierra Club, is expected to be heard April 3 in U.S. District Court in San Francisco. It seeks to halt the planting, sale and use of Roundup Ready sugar beets until the U.S. Department of Agriculture conducts an in-depth environmental study of this latest genetically engineered crop.

Roundup Ready sugar beets - which can withstand repeated applications of glyphosate, the active ingredient in Monsanto's Roundup herbicide - gain their chemical tolerance from a gene that Monsanto plucked from a soil bacterium and pasted into the sugar beet genome.

Among the environmental concerns the plaintiffs want the Agriculture Department to consider is the potential for DNA from genetically engineered sugar beets to contaminate the U.S. chard and table beet seed stock.

With little fanfare, farmers harvested the first commercially grown Roundup Ready sugar beets this fall. Tom Schwartz, executive vice president of the Beet Sugar Development Foundation, estimates that 60 percent of the 1.2 million acres of sugar beets grown in the United States in 2008 were Roundup Ready, and expects that 90 to 95 percent of the 2009 U.S. sugar beet crop will be genetically engineered.

The likelihood of genetically engineered DNA from Roundup Ready sugar beets migrating into chard and beet seed packets is high. Sugar beets, chard and table beets are all members of the beta genus and sexually compatible. These kissing cousins are wind-pollinated, and the overwhelming majority - 90 percent or more - of the nation's sugar beet and chard seed, along with some of its table beet seed, is grown in a single location, Oregon's Willamette Valley.

"The Willamette Valley is right at 45 degrees latitude and has just the right day length for daylight-sensitive crops like sugar beets," said Frank Morton, a Willamette Valley seed farmer, breeder and founder of Wild Garden Seed. "We have great soil, plenty of summertime irrigation and a dry climate during harvest. We have mild winters where the ground doesn't typically freeze, so you can overwinter biennial seed crops such as chard and beets. If it were any colder we couldn't do that.

"The valley also has a relatively short agricultural history compared to other regions of the world where you can grow beta crops, so we don't have the diseases endemic here that cause these crops grief."

Voluntary agreements among Willamette Valley seed growers regarding who gets to grow what seed and where minimizes cross-contamination among beta crops. The greater or more significant the difference between varieties, the more miles of separation required between the seed fields.

Since there are more sugar beet acres in the valley than chard and table beet acres, increasing the miles between crops would disqualify hundreds of miles of land from chard and beet seed production.

Contamination won't be apparent and will go undetected unless every chard and table beet seed lot is tested for genetic purity. Even with testing, risk of contamination remains. "They can only test 10,000 seeds at a time, so what you get is essentially a test that tells you to 1 in 10,000 parts whether or not it is contaminated, so you are only accurate down to about .01 percent," Morton said.

Once the DNA from the Monsanto sugar beets slips into chard and table beet seed, consumers will be tossing it into their salads regardless of whether they bought them at the grocery store or farmers' market or grew them in their garden.

For more information on the lawsuit, visit www.centerforfoodsafety.org. To receive updates on the case and action alerts, sign up on the center's True Food Network.