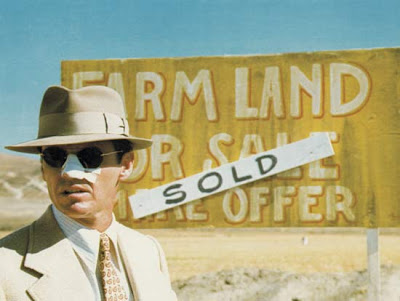 “ ... 'The Republicans are 95 percent corrupt and the Democrats are 75 percent corrupt,' Kennedy told Corporate Crime Reporter. 'They are accepting money from the same corporations.' ... Kennedy also quotes Benito Mussolini's insight that 'fascism should more appropriately be called corporatism because it is the merger of state and corporate power.' ... "

Politico reported last week that President-elect Barack Obama is considering Robert F. Kennedy Jr. to head the Environmental Protection Agency. Kennedy has strong views on corporate crime and corruption, and he expressed them in a 2005 interview with Corporate Crime Reporter.

“The Republicans are 95 percent corrupt and the Democrats are 75 percent corrupt,” Kennedy told Corporate Crime Reporter. “They are accepting money from the same corporations. And of course, that is going to corrupt you.”

As founder and head of the environmental group Riverkeepers, Kennedy has spent the last 20 years as a sort of private attorney general – suing polluters to clean up the Hudson River.

Kennedy says that in the late 1960s, the Hudson River was “a national joke.”

“It was dead water for 20-mile stretches north of New York City and south of Albany. It caught fire. It changed colors,” Kennedy said. “Today, it is the richest water body in the North Atlantic. It produces more pounds of fish per acre and more biomass per gallon than any other waterway in the Atlantic north of the equator. It is the last major river system left in the North Atlantic, on both sides, that still has strong spawning stocks of all of its historical species of migratory fish.”

Kennedy is no fan of nuclear power.

He has spent much of his time trying to close down the Indian Point nuclear power plant 22 miles north of New York City.

“After Chernobyl, 1,000 miles around the plant were uninhabitable. One hundred miles around the plant are permanently uninhabitable,” he said. “One hundred miles around Indian Point would be all of New York City. So, imagine a world without New York City. Well, the terrorists already have. According to the 9/11 Commission, Mohammed Atta cased Indian Point before deciding to bomb the World Trade Center. But he believed, erroneously as it turned out, that the plant must be so heavily guarded, that it would be impossible to crash an airliner into it.”

In a 2004 book – Crimes Against Nature: How George W. Bush and his Corporate Pals Are Plundering the Country and Hijacking Our Democracy (HarperCollins, 2004), Kennedy implies that we live in a fascist country and that the Bush White House has learned key lessons from the Nazis.

He quotes Hitler's propaganda chief Herman Goerring: "It is always simply a matter to drag the people along, whether it is a democracy, or a fascist dictatorship, or a parliament, or a communist dictatorship. The people can always be brought to the bidding of the leaders. That is easy. All you have to do is tell them they are being attacked, and denounce the peacemakers for lack of patriotism and exposing the country to danger. It works the same in any country."

Kennedy then adds: "The White House has clearly grasped the lesson." 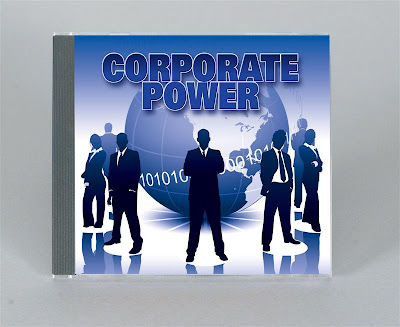 Kennedy also quotes Benito Mussolini's insight that “fascism should more appropriately be called corporatism because it is the merger of state and corporate power.”

“The biggest threat to American democracy is corporate power,” Kennedy told us. “There is vogue in the White House to talk about the threat of big government. But since the beginning of our national history, our most visionary political leaders have warned the American public against the domination of government by corporate power. That warning is missing in the national debate right now. Because so much corporate money is going into politics, the Democratic Party itself has dropped the ball. They just quash discussion about the corrosive impact of excessive corporate power on American democracy.” 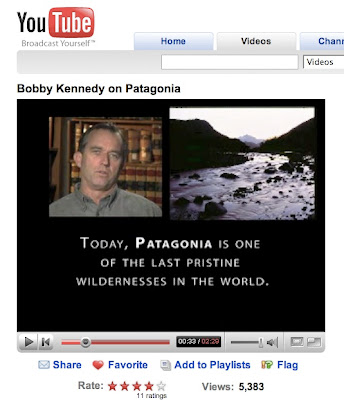 The fascists, of course, are already bad-mouthing Kennedy and scrambling for their lives. Right-wing Politico.com asks: "RFK Jr.: Too controversial for EPA?"

What's so "controversial" about speaking openly about fascism and environmental crimes that poison natural resources essential for sustaining human life? You have to be a fascist to understand the reasoning of America's toxin-hugging "conservatives":

"Some energy and environmental lobbyists [sic] are worried that Robert F. Kennedy Jr.’s controversial past would thwart his Senate confirmation. ... A well-respected climate lawyer, Kennedy has also been in the spotlight for his controversial environmental statements. Last year, for instance, he said that global warming skeptics should be treated as 'traitors,' which garnered the ire of Sen. Jim Inhofe of Oklahoma, the ranking Republican on the Senate Environment and Public Works Committee, whose deep skepticism about the causes of climate change is well-known.

"'This would speak volumes as to where Obama is going with his appointments,” said U.S. Chamber of Commerce lobbyist William Kovacs. “A Kennedy appointment is as liberal as you can possibly get. There is no one [candidate] based firmer in extremes. ...”

"Extremism" = liberal in the fascist nomenclature. Hitler and Pinochet were merely "business-savvy" front men, though the corporate clowns who bash "enviro-nazis" keep it close to their blood-stained vests.