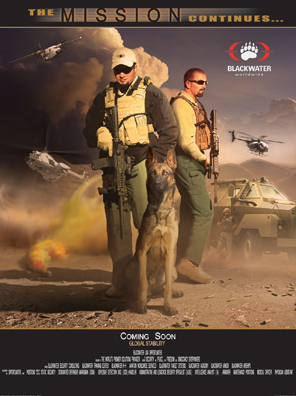 According to the Small Business Administration (SBA) Office of Inspector General, Blackwater may have improperly received numerous contracts set aside for small businesses. In a July 25th memorandum, the Inspector General raised concerns that the SBA did not adequately address several ambiguities and discrepancies that could have disqualified Blackwater from receiving small business contracts.

A recent exchange of letters between POGO and Blackwater provides an excellent example of just how complicated the naming issue is. POGO sent a letter addressed to "Blackwater USA" and received a reply from the General Counsel of "Blackwater Lodge and Training Center," who used "Blackwater Worldwide" stationery and referred to www.blackwaterusa.com. According to this letter, "Blackwater USA" is a "fictitious business name."

Just knowing what companies constitute "Blackwater" is difficult; however, the SBA's decision to consider Presidential Airways a small business was equally perplexing. In making a size determination for any Blackwater company, the SBA had to consider the cumulative revenue and employment of all Blackwater affiliates. Whether or not the SBA should have determined that Presidential was a small business largely depends on whether approximately 1,000 security personnel Blackwater provided to the Department of State and other government agencies should have been categorized as independent contractors or employees.

The SBA originally treated these personnel as contractors and consequently ruled that Blackwater had fewer than the upper limit of 1,500 employees for a small business. The Inspector General did not endorse this assessment, writing that "the SBA size determination did not, in our opinion, present a clear explanation for why the Agency concluded that the security personnel performing the [Department of State] contract were independent contractors."

The Inspector General questioned other aspects of the SBA's decision as well, including its neglecting to explain major discrepancies between the number of Blackwater employees reported by Presidential Airways and the number stated by Dun & Bradstreet, a firm that provides commercial information. The SBA also did not consider that Blackwater security personnel were treated as employees for the purposes of the Defense Base Act.

Blackwater's troubles with investigations are far from over. The SBA IG has referred the matter to the Inspectors General of the Department of Defense and Department of Veterans Affairs, which awarded the small business contracts to Blackwater. In addition, the review was only one of several requested by Rep. Henry Waxman (D-CA), Chairman of the House Committee on Oversight and Government Reform, who also asked for investigations into whether Blackwater has violated tax and labor laws. In the meantime, Blackwater appears to have tired of intense media scrutiny and is planning to scale back its often criticized security operations.