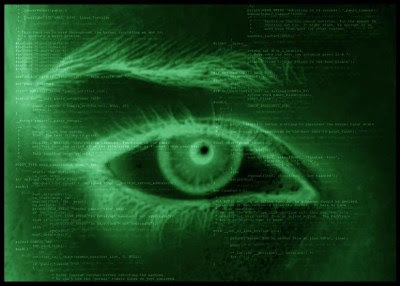 Undercover Maryland State Police officers repeatedly spied on peace activists and anti-death penalty groups in recent years and entered the names of some in a law-enforcement database of people thought to be terrorists or drug traffickers, newly released documents show.

The files, made public Thursday by the American Civil Liberties Union of Maryland, depict a pattern of infiltration of the activists' organizations in 2005 and 2006. The activists contend that the authorities were trying to determine whether they posed a security threat to the United States. But none of the 43 pages of summaries and computer logs - some with agents' names and whole paragraphs blacked out - mention criminal or even potentially criminal acts, the legal standard for initiating such surveillance.

State police officials said they did not curtail the protesters' freedoms.

The spying, detailed in logs of at least 288 hours of surveillance over a 14-month period, recalls similar infiltration by FBI agents of civil rights and anti-war groups decades ago, particularly under the administration of President Richard M. Nixon.

David Rocah, a staff attorney for the ACLU in Baltimore, said at a news conference Thursday that he found it "stupefying" that more than 30 years later, the government is still targeting people who do nothing more than express dissent.

"Everything noted in these logs is a lawful, First Amendment activity," Rocah said. "For undercover police officers to spend hundreds of hours entering information about lawful political protest activities into a criminal database is an unconscionable waste of taxpayer dollars and does nothing to make us safer from actual terrorists or drug dealers."

The ACLU obtained the documents from the state Attorney General's Office through a Maryland Public Information Act lawsuit.

Col. Terrence B. Sheridan, superintendent of the Maryland State Police, said in a statement Thursday that the department "does not inappropriately curtail the expression or demonstration of the civil liberties of protesters or organizations acting lawfully."

"No illegal actions by state police have ever been taken against any citizens or groups who have exercised their right to free speech and assembly in a lawful manner," Sheridan said. "Only when information regarding criminal activity is alleged will police continue to investigate leads to ensure the public safety."

Nothing in the documents indicates criminal activity or intent on the part of the protesters, ACLU officials said.

Nonetheless, the state police's Homeland Security and Intelligence Division sent covert agents to infiltrate the Baltimore Pledge of Resistance, a peace group; the Baltimore Coalition Against the Death Penalty; and the Committee to Save Vernon Evans, a death row inmate.

Using a fake e-mail address and an alias, an undercover agent joined the e-mail list of the death penalty group, the documents say.

Agents also monitored the group's organizational meetings, public forums and events in churches, as well as rallies on Lawyers Mall in Annapolis and in Baltimore outside the Maryland Correctional Adjustment Center, known as "SuperMax."

Most of the spies' reports were innocuous. After an Aug. 24, 2005, gathering of the Evans group, an undercover officer wrote in a log: "The meeting concluded with members talking about trying to get the man running for Baltimore County State's Attorney to commit to his plans regarding the death penalty in the county."

Baltimore County was responsible for more capital punishment cases than any other Maryland jurisdiction at the time.

Another entry about the Evans group revealed that agents had spent 50 hours of "investigative time" shadowing its members in March, April and May 2005. The entry mentioned that a May 25, 2005, meeting of the group was attended by Max Obuszewski, a former Peace Corps member and longtime activist who moved to Baltimore in 1983, and Terry Fitzgerald, who heads the anti-death penalty coalition and established the Evans group.

State police appeared to have been specifically tracking Obuszewski's activities. His name, the documents show, was entered into the Washington/Baltimore High Intensity Drug Trafficking Area database, even though there was "not a scintilla of evidence" that he deserved to be listed, said Rocah, the ACLU attorney.

"Mr. Obuszewski has devoted his entire life to peace," Rocah said. "If there is anyone in the world who is further from a terrorist, it is hard for me to imagine."

Obuszewski agreed. "You cannot get more insulting than to call me a terrorist," he said. Besides, he went on, the groups he belongs to hold open meetings and publicize their schedules. "Why would someone come to those meetings and pretend to be someone else? Why are government agencies targeting pacifists?"